Honoring All of the Beast Includes the Horns

Rather than slap a tape on every horn and antler that hits the ground, the anti-scoring crowd virtue-signals its disdain for such self-aggrandizing chest-thumping. “You can’t eat horns!” As if all hunters were on the verge of collapsing from malnutrition.

“The trophy is the hunt, not the size,” others insist. Yet they seldom post about their squirrel or rabbit hunts.

Okay. I get it. And, in large measure, I agree. Hunters have taken trophy recognition to excesses. Personalized it. Made it their badge of honor. When a TV hunter approaches a freshly killed buck with his tape measure already extended, he’s clearly too narrowly focused on the game. The scoring game, not the hunting game.

Too much focus on trophy size can corrupt the hunt, cheapen it. It shrinks the rich tapestry of humankind’s oldest enterprise, reducing the mystery and magic, the longing and striving, persevering and learning. Trophy fixation can diminish the hunt to a stack of numbers. “Too bad buddy. It won’t make book. Maybe next year.” 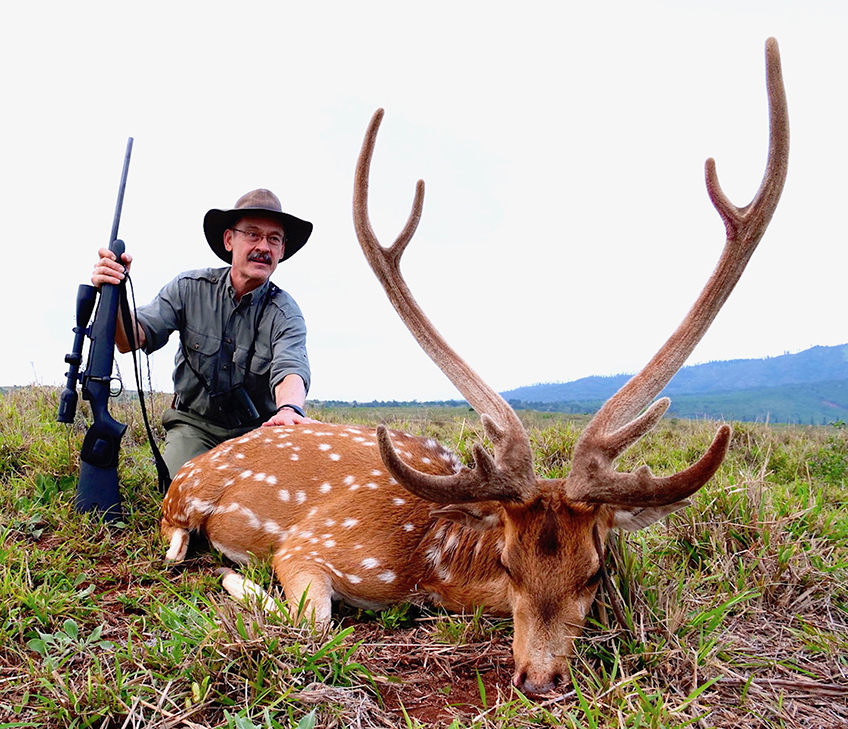 It is not wrong, and only human nature, to admire an animal for the size of its antlers. That is why trophy photos are part of our hunting heritage and when done in good taste and used judiciously, should continue to be part of the culture. (Image by Ron Spomer.)

But… there’s nothing wrong with admiring massive head ornaments. Or even setting your sights on them. It’s human nature to notice, admire and want the biggest and best, and, yes, to brag when we get it. Thus was born gold jewelry, 450-horsepower commuter cars, beauty pageants, the Olympics, 4-H ribbons, and the Yard of the Month. We can’t help but notice the biggest pumpkin, the longest home run, the fastest mile, the biggest tree. It goes against human nature to ignore “bigger and better” anything, especially trophy skulls, horns and antlers. And body mass. Who doesn’t oooh and aaah over a 600-pound black bear or a 350-pound whitetail?

Another truth is that you can, should and by law (no wanton waste) must eat the game you shoot even if it comes with trophy proportions, whether head adornment, skull size or body bulk. And let’s not defer to that old excuse about it being so old, rank and tough even a starving wolf wouldn’t eat it. Our culinary skills have come a long way since the days of “heat it and eat it.” Gourmets are cranking out techniques and recipes that make even a front leg shank tender and delectable. I’ve shot, butchered, cooked and eaten several senescent whitetails, mule deer and moose and found them surprisingly, remarkably tender and mild. Two were tooth-aged by biologists at 12 years or more! Writing off older animals as inedible is as wrong as some trophy-horn fixations.

Finally, I think it’s disrespectful to not recognize, admire and celebrate big horns and antlers because the animals themselves do it. Demeaning a trophy is disrespecting the hard-working animal that grew it!

Why does a deer go to all the trouble of growing a big rack of antlers? To impress his competition and win mating rights. If other bucks and bulls are allowed to be impressed, why can’t we be impressed? 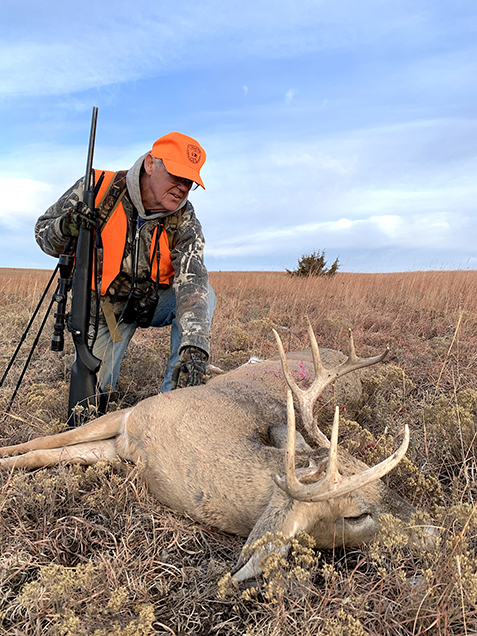 It's not wrong to pose with your harvest as long as its done with taste and respect to the animals. (Image by Ron Spomer.)

Let’s face it, in the wild, wild world, size matters. Horns, antlers, bright feathers and body bulk mean a great deal to the animals that grow them. Bucks and bulls parade and display their regal and potentially lethal head ornaments/tools/weapons. A less-endowed rival typically backs down upon seeing the superior size of a bigger male. Master bucks and bulls that break off significant portions of their antlers in fights routinely fall much lower on the pecking order. Many a broken-horned buck or bull has been documented slinking away and opting out of the annual rut altogether.

Bighorn sheep routinely flash and display their horns to other rams. “See this, my little friend?” they seem to be saying. “You don’t want to mess with this.” Black bear boars reach as high as they can to claw-mark trees, a clear signal to other males, “If you can’t touch this, you don’t measure up. Get off my lawn!”

Nyala antelope rams bow their backs and erect impressively long, white dorsal and ventral hairs to increase their visual size when confronting competing males. Piloerection is practiced less dramatically by whitetail and mule deer, wolves and many other animals because they all recognize, admire and appreciate trophy size. 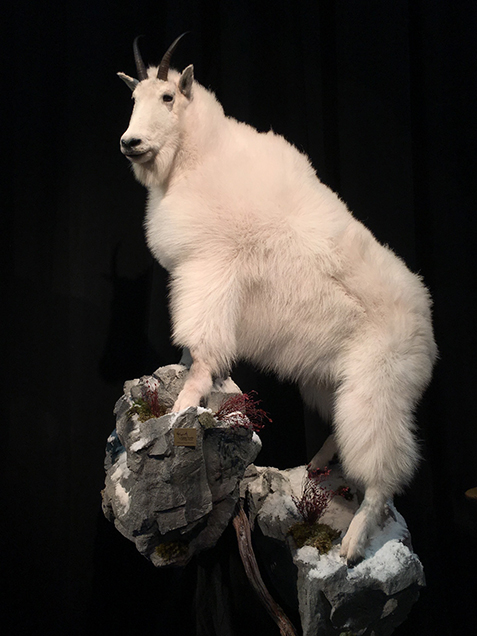 Mounts, from heads to full bodies, are another way to honor a trophy harvest. As long as respect of the animal is the motivation rather than a sole focus on size, taxidermy is a tactful way to honor the beast. (Image by Ron Spomer.)

Scientists have conducted experiments that proved females also respect trophy size. They don’t always mate with the biggest male in the vicinity, but they try to. Moose cows are known to coalesce around a massive old bull. I once saw 11 around one big bull while three smaller bulls moped on the sidelines. Cow caribou were seen abandoning their small-antlered herd bull when a researcher wearing a fake caribou costume with larger antlers showed up. The cows actually followed the researcher! Should we verbally abuse them for putting too much emphasis on trophy antlers?

In truth, hunters’ fixations on trophy size can get ridiculous. But so can holier-than-thou condemnation of any appreciation and recognition of trophy antlers, horns and skulls. They are too striking, too obvious, too bold and too important in the animal world to discount.

So perhaps we should moderate our rhetoric regardless of on which side of this issue we fall. Let’s not turn our rich hunting traditions into nothing but a measuring contest. But let’s not disrespect the game that worked so hard to reach trophy size, either. Unlike cake, we can have our trophies and eat them, too.

About the author:
Award-winning outdoor writer and contributor Ron Spomer says hunting is everyone's way of connecting with true freedom—the freedom to interact with Earth as naturally as does a wolf, falcon or chickadee. During more than 50 seasons afield, Spomer has decades of hunting experience and writes regularly for multiple outdoor publications, including NRA Publications, sharing his vast knowledge on guns, ammo, optics and gear. For more information, including his top hunting tips and tactics, visit his website, Ron Spomer Outdoors.