As part of its ongoing effort to increase public access on federal lands, the U.S. Fish and Wildlife Service (USFWS), under new guidelines established by Department of The Interior Secretary David Bernhardt, is seeking the publics’ assistance to develop a list of its managed lands that would benefit from new or increased access routes.

According to a USFWS press release, “On March 12, 2019, President Donald Trump signed into law the John D. Dingell Jr. Conservation, Management and Recreation Act (S.47, or the Dingell Act), which directs the Service and other federal land management agencies to develop a priority list of lands that have significantly restricted or no public access where that access could be improved.” It emphasized that the public is encouraged to identify national wildlife refuges, fish hatcheries and other lands managed by the USFWS that meet the criteria.

“There has not been any better time to improve access for the nation’s hunters than with the passage of S. 47, and the USFWS' recent announcement requesting input from those of us who hunt, fish and/or target shoot on federal lands,” said Susan Recce Director of Conservation, Wildlife and Natural Resources at the National Rifle Association’s Institute for Legislative Action. (NRA-ILA), who championed the move. “If you find it difficult or impossible to gain entry onto federal lands, let the USFWS or the NRA know, or contact the specific agency in charge of managing those lands.” 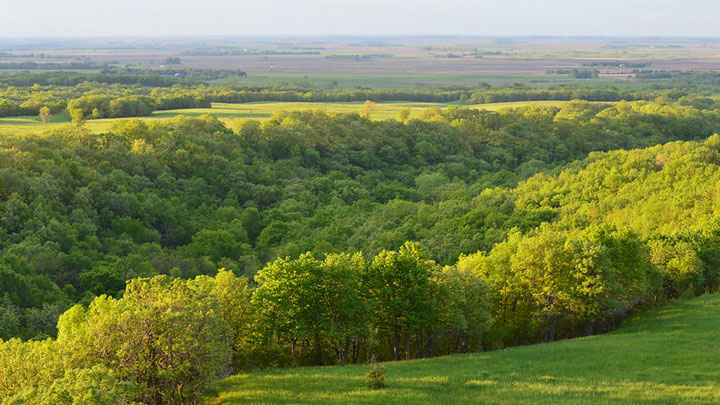 South Dakota is just one of many states where public lands are landlocked and inaccessible. The USFWS wants to know which public lands you would like to see opened. (Image courtesy of the USFWS Mountain-Prairie.)

The NRA was among the hunter-backed wildlife conservation groups that drafted a Memorandum of Understanding in the 1990s entitled, “Making Public Lands Public.” The NRA, along with the Congressional Sportsman’s Foundation, the National Wild Turkey Federation, the U.S. Forest Service (USFS) and the Bureau of Land Management identified key areas in various states where public access was poor or nonexistent.

As Recce explained, “We used that information in lobbying efforts on the Hill to find funding for opening or improving access. We were successful in getting legislation introduced that would earmark $15 million or 3 percent (whichever is greater) of funds appropriated by Congress through the Land and Water Conservation Fund specifically for access projects. The legislation was incorporated into the Dingell Act.”

The USFWS has already begun accepting public comments and will take those comments until Mar. 11, 2020. Have some suggestions? Make your public access nominations by clicking here.

As the USFWS press release noted, “Some of the criteria for nominated lands include: Public lands must be managed by the Service and 640 contiguous acres; have significantly restricted or no public access; and be open under federal or state law to hunting, fishing or use of the land for other public recreational purposes.” 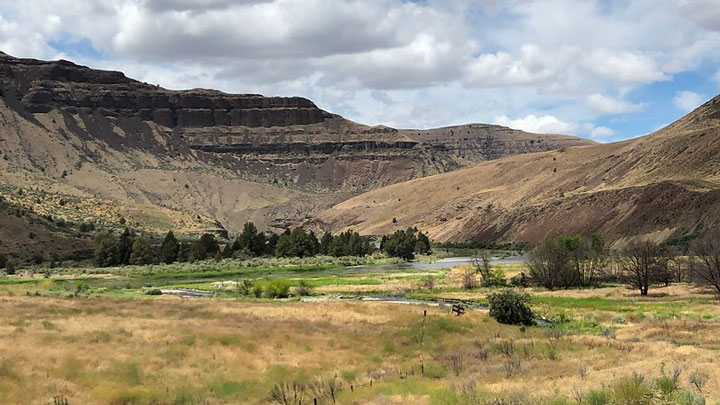 In August of 2019, the Bureau of Land Management (BLM) and the U.S. Department of The Interior finalized its land acquisition along the John Day River at Thirtymile Creek in Oregon, adding more than 11,000 acres of public land for a variety of recreational uses. (Image by Lisa Clark, BLM.)

Across the nation, millions of acres of publicly owned lands are essentially inaccessible. Most of these properties are “landlocked,” or surrounded by private lands. Unless the private landowners provide access, it is legally impossible to get to these landlocked acres.

For some examples of landlocked areas, according to an article in Wyoming’s High Country News, “Approximately 3 million acres of public land in Wyoming...are…inaccessible to the public. That’s an area roughly one and a half times the size of Yellowstone National Park, broken into little islands that are technically public but available only to those with permission to cross the surrounding private land.” In addition, in South Dakota in 2018, the Capital Journal noted there were nearly 200,000 acres of federal public lands that were inaccessible, plus nearly another 100,000 acres of state-owned lands.

“Now is the time for America’s hunters and recreational shooters to make their voices heard on this very important issue,” said Recce. “A single comment could literally open up thousands of acres of land to the public.”

Editor’s Note: When it comes to increasing access to public lands, American hunters, recreational shooters and anglers have a champion in DOI Secretary David Bernhardt. As reported on this website, since assuming his position in 2019, Bernhardt has opened a total of 1.7 million acres to date and promises to beat that number by the end of this year. No doubt, Americans find it refreshing that under his DOI leadership, the USFWS is once again seeking the public's assistance in making a list of federally-managed lands that could provide new or increased access routes.—Karen Mehall Phillips, Director of Communications, NRA Hunters’ Leadership Forum