This week delivered another unfair blow to hunters, who continue to be blamed for the actions of armed, violent felons. On Tuesday, Dick’s Sporting Goods announced plans to pull its hunting departments from 440 more stores, one year after it shut down firearm sales in 125 of its 700 locations following a mass shooting in Florida. While the Washington Examiner and other media outlets said the list of affected stores was not yet released, hunters can expect hunting gear to disappear from shelves sometime in fiscal year 2020.

The irony? This is happening despite that statistics show hunting is one of the safest sports in America. In the article “Hunting is Safer than Golf, Hiking…” last February, NRAHLF.org reported that the Centers for Disease Control and Prevention said the injury rate for hunters is well below almost every other sport in America, including sports considered to be very safe. “For example, if your daughter is in cheerleading, she’s about seven times more likely to get hurt than if she were hunting. What about ‘America’s favorite pastime?’ Sorry, baseball is five times more dangerous than hunting. Even tennis is about twice as dangerous as hunting.” 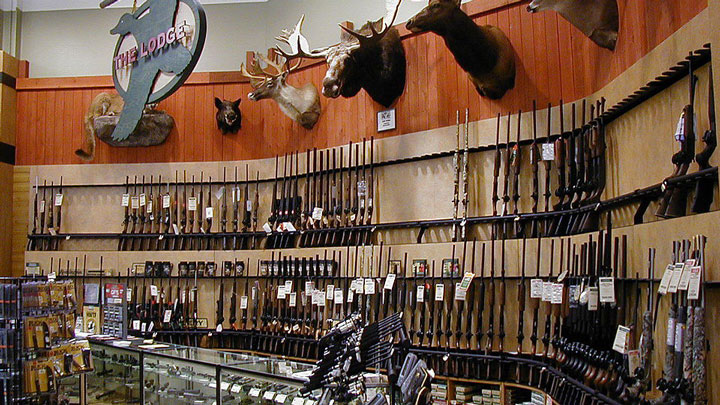 Soon the hunting sections in 440 Dick's Sporting Goods stores will be no more. After caving to political pressure and ceasing to provided law-abiding citizens with firearms, the store lost many supporters of the Second Amendment. Now it won't even offer hunting gear.

Why is hunting so safe? The answer is clear: Hunter-backed groups like the NRA are on the front lines, not just defending hunting through legislative and political action, but by offering a slew of hunter safety and education programs. From launching America’s first-ever hunter safety course in 1949 and America’s most comprehensive and free online hunter education course in 2017 to offering programs like the NRA Youth Hunter Education Challenge and unveiling a brand new online Experienced Hunter Education course just this week, the NRA is busy. And American hunters benefit—NRA members and non-members alike. (For more information on any of the NRA’s programs and services for hunters, email NRA Hunter Services at [email protected].)

For more irony, Dick's is slamming hunters at a time when groups from the NRA to the Council to Advance Hunting and the Shooting Sports to the Department of the Interior’s U.S. Fish and Wildlife Service are pressing harder than ever to build the R3 movement to recruit, retain and reactivate hunters. All while state game agencies scramble to address the national drop in hunter numbers. Considering hunters’ dollars fund wildlife conservation, we need more hunters, not fewer.

It is as if law-abiding gun owners and hunters take one step forward, thanks in part to NRA hunter safety programs, and then take two steps back when the other side turns around and blames us for the acts of armed violent felons. Criminals, by definition, do not follow laws. You’d think that truth could factor in and that hunters—and the NRA—could receive credit where it is due for once.

The Washington Examiner article included a comment from the National Shooting Sports Foundation (NSSF), the national trade association for the firearms industry, which expelled Dick's from its membership in 2018 following its decision to halt firearms sales. As the NRA has said, the NSSF noted it is unfortunate that America’s law-abiding gun owners, hunters and shooters are blamed for the actions of criminals.