Don’t Confuse the Meaning of Hunting

Most hunting involves shooting, but not all shooting involves hunting. Defining and using each word appropriately might be necessary for good public relations and the perpetuation of sustainable conservation hunting.

Most hunters are cognizant of how slanted news reporting and anti-hunting propaganda biases public perception against hunters. For example, informative placards at zoos typically read something like “this rare bird is threatened by pesticides, habitat loss and hunting”—even if a hunting season for that bird hasn’t been open for a century. Sometimes they’ll throw in the adjective “illegal” before “hunting,” but even less often will they use the accurate word: poaching.

You’ll read similar things on a variety of informational web pages and in books and brochures about wildlife, past and present. For example, any treatise or even mention of North American bison seems to be incomplete without referencing how market hunters nearly wiped out the population. But there is a world of difference between today’s tightly regulated, legal conservation hunters and yesteryear’s uncontrolled market hunters.

Shouldn’t we clarify that?

Passenger pigeons are another species dredged up to give hunting a black eye. “Hunters literally wiped out the passenger pigeon.” Never mind that “hunting” back then was pure, unregulated exploitation. Free food. Protein for the big city markets. Flocks were fed poisoned grain and roosts were dynamited. Equating this slaughter with today’s scientifically managed, carefully regulated conservation hunts for common to abundant game species is akin to declaring college football the same as ancient Rome’s gladiator games.

"Hunting license fees pay for game wardens, conservation officers, biologists, habitat improvement and species reintroductions. Hunting today is more likely to bolster wildlife populations than reduce them. Meanwhile, monarch butterflies, Florida scrub jays and Indiana bats are disappearing. And not because anyone ever hunted them.​"

Hunters are also subtly denigrated in news reports on the trade in rhino horn and elephant ivory. How often have you read something like “hunters in Kenya recently slaughtered a mother rhino and her calf, leaving the meat to rot while making off with the horn valued at …” Or “hunters poisoned the carcasses of a dozen elephants they’d slaughtered for their ivory so that vultures wouldn’t circle the site and alert authorities. More than 200 vultures were poisoned as a result.” No, these were not hunters. They were poachers, criminals of the first stripe guilty of heinous crimes against nature, against conservation hunters, against the world. As this website has noted repeatedly, poaching is not legal, regulated hunting.

The denigration of hunters doesn’t end there. Predictably, numerous websites blithely throw hunting into the mix whenever describing the “conservation status” of wildlife species. The real cause in the decline of any species might have been the complete conversion of essential habitat to vast soybean fields and industrial development, but hunting will be added to the list if anyone at any time in the last 200 years had shot one representative of that species. Thus, such sources insist, our last surviving populations of grizzly bears, cougars, bobcats, wolves, pronghorns, etc., are threatened by hunters—even though all are stable or increasing under modern wildlife management programs funded by hunters through efforts such as the Pittman-Robertson Act, which established a funding mechanism for wildlife conservation through an excise tax on sporting arms and ammunition (and, later, a similar tax on archery equipment and handguns). 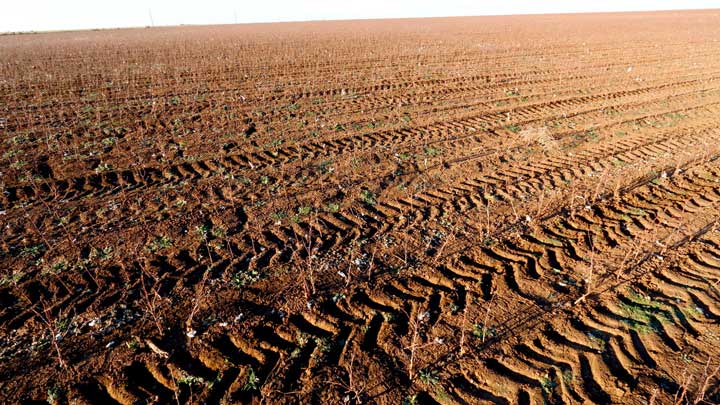 Clearly, hunting is too often and too unthinkingly used as a catchall description for endeavors and processes that do not represent the legal, regulated pursuit and taking of wildlife under the North American Model of Wildlife Conservation. This broad collection of programs has been and continues to be wildly successful at restoring and maintaining most North American game species while using hunter support to fund it. Hunting license fees pay for game wardens, conservation officers, biologists, habitat improvement and species reintroductions. Hunting today is more likely to bolster wildlife populations than reduce them. Meanwhile, monarch butterflies, Florida scrub jays and Indiana bats are disappearing. And not because anyone ever hunted them.

We will probably never change the way popular culture and the mass media mischaracterize hunters by misusing that word, but we should at least police our own ranks and strive for accuracy. Here’s what I mean.

A popular television hunting show recently advertised an episode about “helicopter hunting” for feral hogs. I guess the helicopter pilot is “hunting” for hogs as he flies, but I wouldn’t credit the gunner who shoots those destructive, invasive animals as a hunter. He’s a shooter, an exterminator. What he’s doing is good and necessary for the environment. It’s benefitting farmers, ranchers and all native wildlife negatively impacted by hordes of ravaging swine that gobble up crops, wildflowers, roots and berries, nesting birds and even newborn fawns. Yes, exterminate those invasive hogs. But please, let’s not lump the shooter with ethical sport hunters who are strictly forbidden from hunting game animals from motorized vehicles whether on the ground or water or in the air.

We might put rodent shooting in this same category. While it’s entirely possible to hunt for Wyoming ground squirrels, Belding’s ground squirrels, prairie dogs and other rampaging rodents, most of us merely set up on the edge of some farmer’s hayfields and shoot them. This certainly requires some of the same skills we use as hunters: ranging, aiming, squeezing the trigger and delivering a precise, clean shot—but I personally don’t consider rodent control to be hunting. It’s shooting. It’s akin to what an exterminator does at a home infested with mice or rats. It’s not what conservation hunters do while hiking the mountains looking for elk or roaming a woodlot looking for whitetails

Casual misuse of the words “hunting” and “hunter” might not seem like a big deal, but it can be. Used in place of poaching or poachers, animal damage-control operations or historic market slaughter, it bloodies the waters and taints ethical conservation hunters with a broad brush.

It’s time for hunters to insist on accurate terminology. And use it themselves.