We are a species of hunter-gatherers but for many, easy access to food at the grocery stores has taken away that instinct … until now. It is amazing how fast we return to our roots and to a focus on life’s essentials when that food supply is suddenly tough to come by. If there is anything good that has come out of COVID-19, it is that people are returning to an era of self-reliance to make sure we hunter-gatherers meet the survival needs of ourselves and our families. No wonder the latest news reports are filled with stories of how the coronavirus has opened the eyes of non-hunters to the benefits of acquiring their own protein through hunting.

For us hunters, it’s no surprise that state wildlife agencies in multiple states this spring are reporting increases in hunting licenses and permit applications as the coronavirus spreads. In just my native state of Colorado, the Gazette’s Woodmen Edition, published in Colorado Springs, says how the coronavirus pandemic has reinforced Coloradans' love for the outdoors. According to Colorado Parks and Wildlife (CPW) data, CPW received 624,104 applications for its annual big game draw, an increase from the 609,366 applications received in 2019.

In covering this trend, Fox News, Reuters and other media outlets are reporting that more Americans are now turning to hunting, many for the first time, due to shortages of meat due to the coronavirus pandemic. And with ensuing daily reports about potential and upcoming breaks in the U.S. food chain as meat plants shut down, there undoubtedly will be many more people realizing there is an option besides shopping at the grocery store.

For just one example, Fox News shared how New Mexico resident David Elliot started to consider going elk hunting to help feed his family and friends in January when the United States announced its first coronavirus case, despite not owning a rifle or ever having hunting large animals. He applied for a cow elk tag and will be hunting in November.

“I want to make sure it’s a clean, humane shot, as much as possible, and get a bunch of food," said Elliot, as noted by Reuters. And that is exactly what every hunter strives to do.

So now more than ever, the fact more people are turning to hunting circles right back to the importance of the NRA and its services and programs for hunters. The NRA was the organization that in 1949 created the country’s first hunter safety course for the state of New York. Programs like the NRA’s free online hunter education course are available to meet every new hunter’s need for safety and education. 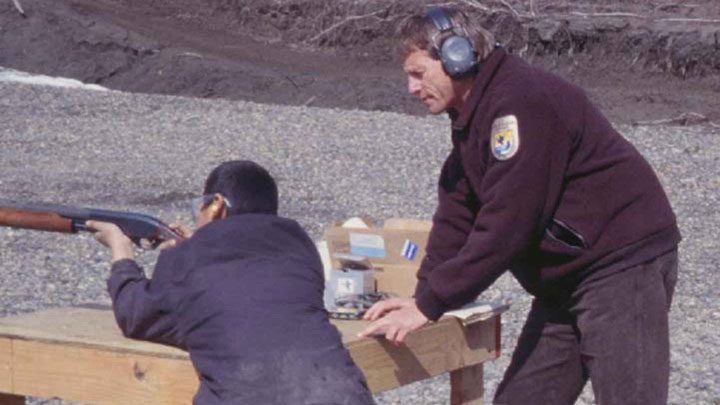 A similar report also from Reuters interviewed Nina Stafford, 42, a building contractor in Georgia, who killed her first deer in January. Confident in knowing she can find her next meal despite national food shortages, she said, “The coronavirus has only made me want to go and do it more so that I don’t have that scared feeling of where’s my next meal going to come from,” which again points to how in times like this our focus turns to the simple act of meeting basic needs.

It is no surprise that these same news sources and NRA Publications websites such as AmericanHunter.org and the NRA Hunters’ Leadership Forum (HLF) website also have shared how this return to basics has led to increases in purchases of guns and ammunition for hunting and personal protection. At the same time, the Institute for Legislative Action has urged state governors to keep spring hunting seasons open while maintaining social distancing due to the additional benefit of ensuring access to fresh air and sunshine during this health and economic crisis.

“It’s been so important for me, being able to go out and kind of cleanse my mental card and just go and be present, you really have to be present, and quiet and listening,” said Nathaniel Evans, 38, a teacher from New Mexico who told Reuters he’d bagged a 17-pound gobbler last month. My wife, Karen, and I did the same thing on Saturday.

So How Bad Is the Food Shortage?
On Apr. 28, C&S Wholesale Grocers CEO Michael Duffy appeared on “Fox and Friends First” to explain disruptions in the supply chain. “What we’re seeing is with consumer demand up almost 50 percent the last six weeks and the cumulative impact of plant closures and shift reductions reducing production capacity by 30 to 40 percent, we will see more out of stocks at retail probably beginning next week,” he said.

Other meat processing plants such as Tyson Foods closed due to outbreaks of COVID-19 and staffing shortages. “In addition to meat shortages, this is a serious food waste issue,” Tyson Foods claimed in a recent full-page ad published in the New York Times, Washington Post and Arkansas Democrat-Gazette. “Farmers across the nation simply will not have anywhere to sell their livestock to be processed when they could have fed the nation.” In addition to the economic blow to farmers, Duffy acknowledged how animals at slaughterhouses have nowhere to go and may be euthanized. “… it’s heartbreaking when you see the long lines at food banks with miles of cars waiting for food and then on the other hand euthanizing animals or dumping milk,” he added. For an example, those of us on Facebook likely have seen one of the photos circulating of a pile of euthanized hogs.

Another Fox News report shared remarks from Kenneth Sullivan, the president and CEO of mega meat-processing company Smithfield Foods. Sullivan warned of “severe, perhaps disastrous” consequences for the country’s meat supply chain following the closure of its South Dakota plant and several other meat-processing plants due to outbreaks of the coronavirus. “The closure of this facility, combined with a growing list of other protein plants that have shuttered across our industry, is pushing our country perilously close to the edge in terms of our meat supply,” said Sullivan in a news release on Sunday.

Can President Donald Trump’s Executive Order Save the Day?
On a positive note, Iowa Gov. Kim Reynolds appeared on Fox News with news anchor, commentator and business journalist Neil Cavuto on Sunday to discuss President Donald Trump’s recent executive order to keep meat processing plants open. It is not often that a U.S. president intervenes in individual commerce but as Gov. Reynolds explained, “I appreciate the order he put in place,” detailing all the employee safety and COVID-19 testing protocols that are being followed in all 40 of the state’s manufacturing and production plants. “This is a critical and essential work force and work production capability so we’re working in tandem to keep the food supply chain moving and to keep America fed,” she added. This is important in a state like Iowa that produces 10 percent of America’s food supply.

What Happens Next?
As news reports continue to show, the pandemic has people thinking about basic survival for themselves and their families. I am hopeful that even those in the general public who won’t decide to hunt for their own food at least will have a much better understanding of why it always has been so important to those of us who do.

Even as hardcore hunters, we appreciate our farm and agricultural producers and enjoy that grilled steak or burger or that slice of ham. But when given the choice, we lean toward self-reliance and the joys of hunting and getting our own food. 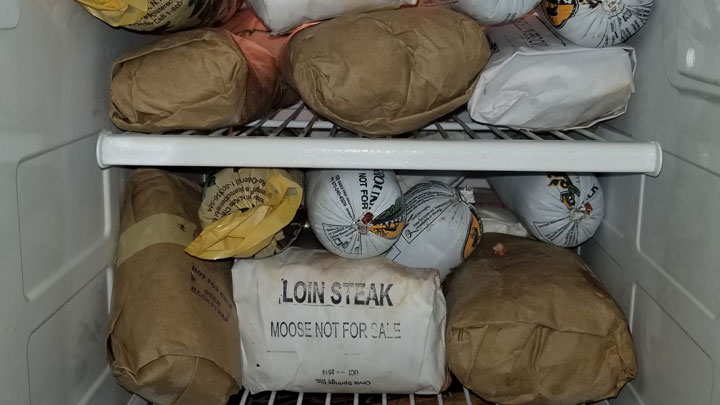 I’ve given deer, elk and moose meat to some of my non-hunting friends to try during this lockdown and one of them already asked me to help him start hunting this fall. I have also given some of my hard-earned elk from the past season to non-hunters who got laid off and were having trouble finding meat at the store. After enjoying a meal with elk meat, one of them started asking about how to get into hunting.

Sadly, though this all has led to increases in hunting license applications, and ultimately more funding for wildlife conservation, California is one state that has seen numbers of hunting license applications decline. I guess this isn’t a surprise because the Golden State makes everything relating to hunting, shooting sports and personal protection far more difficult to pursue. This is why NRA-ILA maintains an office at the state capitol in Sacramento, by the way. Eternal vigilance, as NRA President and actor Charlton Heston always said, is how we safeguard freedom.

As trends go, as an associate broker for the farm, ranch and recreational real estate company Hayden Outdoors, I’m getting more calls these days from people wanting to specifically leave California hunting and firearm restrictions behind and from people currently in large population bases around the country wanting to move to a new setting. Who doesn’t want their own piece of land to hunt on or want to have an extra piece of property where they can go to in times like this. The truth is, we’re all hunters of one sort or another at our core.