Hunters Win in California As S.B. 1175 Dies in State Senate

In a substantial win for hunters and wildlife conservationists, California’s Senate Bill 1175, the Iconic Species Act, was killed on the California Senate floor this week as time ran out on the 2020 Legislative Session. The win was secured thanks to a coalition of wildlife conservation and hunting groups spearheaded by the National Rifle Association (NRA) and the California Rifle and Pistol Association (CRPA), California’s NRA affiliate.

As NRAHLF.com reported in August 2020, though touted by its supporters as a measure to save endangered African wildlife species, the real intent of S.B. 1175 was to ban California hunters from possessing or importing 13 lawfully hunted African wildlife species except for, among a few other things, use by an educational or scientific institution for educational or scientific purposes. While it conflicted with the Endangered Species Act (ESA) and likely would have been ruled invalid by the courts if enacted, animal rights extremists recognize that going to court would entail a potentially lengthy and expensive lawsuit against the state of California for violating the federal ESA. In the meantime, African wildlife and wildlife conservation efforts, which benefit greatly from non-resident hunters’ dollars, would suffer. 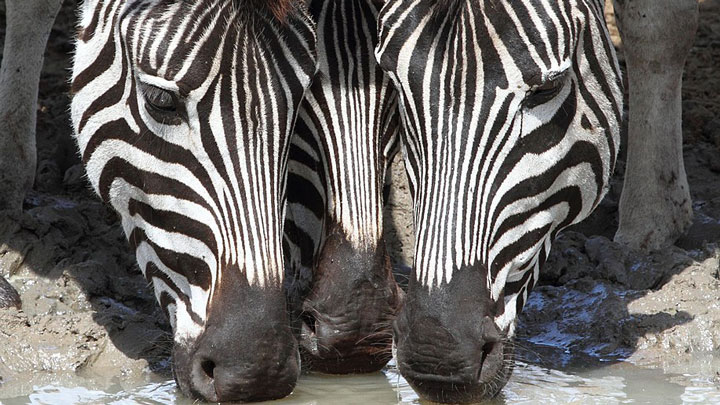 As the NRA Institute for Legislative Action (NRA-ILA) explained repeatedly, “The true goal of the bill is to ensure that individuals are not allowed to bring home lawful hunting trophies—even with the approval of the U.S. Government.”

Commenting on the win was Roy Griffith Jr., CRPA Legislative Director, who said, “We are indebted to two amazing Republican ladies. Sen. Shannon Grove (R-16th Dist.) and Sen. Melissa Melendez (R-28th Dist.) were tenacious. They really had our back during that last session and used their time to speak until time had expired at midnight.” Griffith was quick to note that the win marked a huge coalition effort “as groups and individuals pulled together like I’ve never seen before to get this very bad piece of legislation killed.”

According to Griffith, several main issues ultimately led to the bill’s defeat. For starters, “California game wardens are already stretched well beyond their limits and are having trouble doing basic duties now,” he said, adding that S.B. 1175 would’ve added more work for them that would have required being pulled from current duties focused on safeguarding California’s wildlife. S.B. 1175 also would have cost the state millions of dollars to implement—at a time when state coffers are in the red.

“Plus, there was a growing feeling among some California legislators that this bill was a form of Colonialism,” added Griffith. “You had these politicians in California making laws that would negatively affect African nations and their conservation efforts when officials for these same African nations had testified that the bill would actually hurt their wildlife and their wildlife conservation programs.”

However, Griffith and the rest of the coalition expect this legislation to reappear in the next legislative session, which begins in January 2021. As this website continues to note, California remains ground zero for the animal rights extremist movement, and American hunters will remain on guard.

“Hopefully, we can use the momentum we’ve gained to defeat this bill if it shows up again,” said Griffith. “The CRPA, the NRA and our coalition members are not about to back down on legislation that is so harmful to wildlife conservation.”

About the Author
NRAHLF.org contributor Brian McCombie is a field editor for the NRA's American Hunter and writes about firearms and gear for the NRA’s Shooting Illustrated website. He is a member of the National Rifle Association and the National Shooting Sports Foundation. Brian likes hunting hogs, shooting 1911s chambered in 10 mm and .45 ACP, watching the Chicago Bears and relaxing with his two cats, Peanut Morgan and Simon.