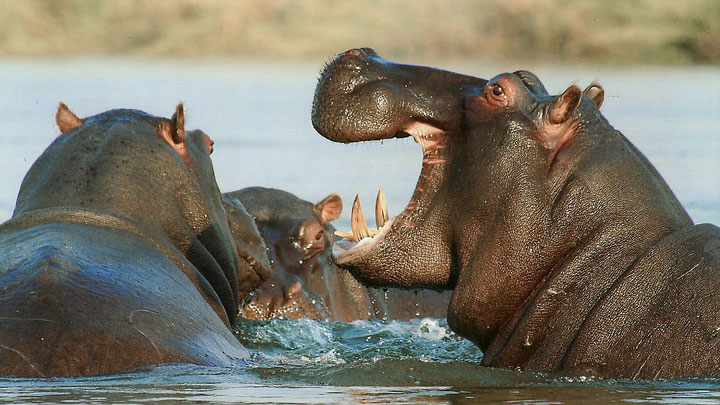 Once again, California’s anti-hunters are doing things for the wrong reasons under the guise of aiding iconic species’ populations. As this NRA Hunters’ Leadership website reports, the fact is studies show that these species are thriving in countries where they are hunted. The decline in species’ populations almost always happens where the animals are “protected.”

The NRA and other hunter-backed wildlife conservation groups have stood against S.B. 1175 since its introduction in February. In its most recent letter to bill sponsor Sen. Henry Stern (D-Calabassas) opposing the bill on Thursday, the NRA reiterated the role of legal, regulated hunting in enhancing wildlife populations over the emotion used by extremist groups.

“The current law and this bill violate federal law and the Convention on International Trade in Endangered Species of Wild Fauna and Flora (CITES),” wrote NRA Western Regional Director Daniel Reid. “S.B. 1175 has no basis in science, does not recognize the great contribution of hunters to wildlife conservation and cherry picks certain African species based on popularity instead of biological necessity.”

Reid’s letter covers how the importation of lawfully hunted wildlife is already regulated by the U.S. Fish and Wildlife Service (USFWS) under the Endangered Species Act and CITES to ensure international trade in wildlife does not threaten species’ survival. This is why the USFWS always establishes that the legal taking of wildlife contributes to the species’ enhancement abroad and requires permits for importation into the United States.

“Instead of recognizing this process, S.B. 1175 simply bans the import of certain species of African wildlife with no consideration of conservation of the species whatsoever,” added Reid. “Further, because S.B. 1175 conflicts with the Endangered Species Act, it would likely be ruled invalid by the courts if enacted into law.”

The truth is that legal, regulated hunting is what generates the funding needed to conserve wildlife species. American hunters who travel to Africa to hunt benefit the local communities that rely on hunters’ dollars for their wildlife conservation efforts and their economic well-being.

“These monies contribute to anti-poaching efforts and, most importantly, protect African wildlife populations,” concluded Reid. “Without hunters, African wildlife is generally not valued and many times considered a nuisance or threat to families trying to raise crops or animals for their livelihood.”

To Reid’s point, let’s take the case of the African elephant. If a local village gets to share in the profit paid by a hunter to shoot one mature bull, which many times has been causing problems in the area anyway, villagers will shoot a poacher to protect the problem elephant. When the value is taken away from the elephant and the species no longer has financial value to the village, they will look the other way when poachers show up because there is no revenue to offset the costs of damages caused by the elephants.

Too many people have never been told the facts on hunting. I take every opportunity to talk with non-hunters and share why we hunt, always surprised at how often poaching is confused with hunting. We must continue to share that scientific research shows hunting is the most effective way to make sure the world’s wildlife populations are sustained. The irony is that if S.B. 1175 passes, instead of protecting wildlife, it will do the opposite by taking away the incentives legal, regulated hunting guarantees. It also will set a dangerous precedent for animal rights extremist groups whose goal is not just to end hunting in Africa or even in California, but to end it in every state, one step at a time. This is why every American hunter must keep an eye on California regardless of where we live. If they pass such laws there, the next step is the rest of the country.

Be sure to stay tuned to this website, NRA’s American Hunter and the NRA Institute for Legislative Action website for updates on this issue and others impacting the future of hunters and legal, regulated hunting.

About the Author
NRA Life member, award-winning outdoor TV host and recreational real estate associate broker Phil Phillips of Hayden Outdoors has hunted five continents, taking more than 200 big-game animals and nearly 60 species worldwide. Prior to hosting hunting programs, he started Colorado's first Ranching for Wildlife Program for antelope, which he ran for 15 years. Working alongside professional land managers to restore and protect habitat, Phil went on to guide clients to 500-plus big-game animals that have qualified for the record book. In 1992 Safari Club International honored him as the North American Bowhunting Outfitter of the Year. Phillips writes regularly about hunting and predator issues, particularly those impacting his home state of Colorado. You can email him at [email protected]

Editor’s Note
NRAHLF.org monitors the news and issues impacting hunting and wildlife conservation on the state, national and global levels. For more information on how hunting sustains wildlife, is an essential link in efforts to reduce poaching and illicit wildlife trafficking, and how its value exceeds from-the-top-down protectionist approaches, please check out these NRAHLF.org story links.