What? Not only is the NRA-backed R3 movement critical to protecting hunting’s future, but it’s hunters who help fund wildlife conservation and habitat enhancement to the tune of millions each year. 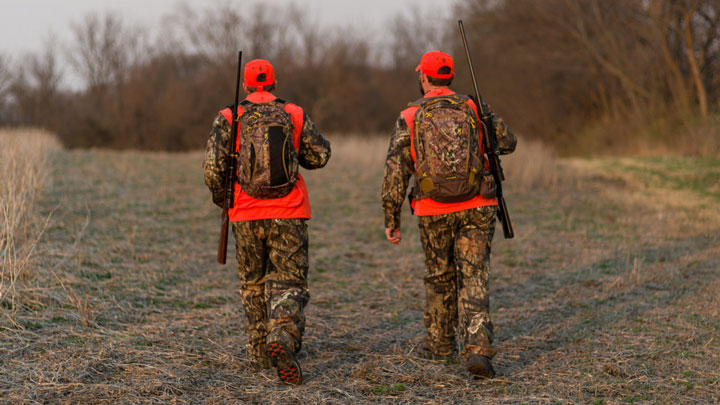 What Did Matt Rinella Write?
Rinella’s op-ed, titled “The Case Against Hunter Recruitment,” pulls no punches in its critical look at R3 efforts, writing, “Have you ever arrived at your favorite whitetail hunting spot hoping to see another hunter there ahead of you? I’m guessing the answer is no.”

Rinella goes on to decry the R3 movement’s “slick marketing campaigns, print advertising and free how-to courses and mentorship programs that pair experienced hunters with newbies.” He notes that while in some shape or form R3 is decades old, the movement found renewed inspiration when the 2016 edition of the U.S. Fish and Wildlife Service’s (USFWS) Hunter Participation Survey was released. “This survey was widely interpreted as proof of the hunting industry’s worst fears—that hunters are vanishing,” he wrote. “But the survey did not, in fact, demonstrate declines.”

Rinella goes as far as to say it is “undemocratic and rude” of pro-R3-groups not to have asked hunters if they are okay with the increased pressure that goes along with increased hunter numbers. He cites surveys that show increased pressure has reduced hunter satisfaction, arguing that the money spent on R3 would be better spent on habitat and species conservation. But that is exactly what hunters’ dollars fund through Pittman-Robertson excise taxes on firearms and ammunition. This NRA Hunters’ Leadership Forum website, NRAHLF.org., regularly asks how America will continue to pay for conservation without hunters. We must underscore R3 efforts to ensure future hunters are in place to pick up where we leave off.

Swift, Widespread Backlash
Multiple outdoor brands and organizations published scathing responses countering several of Rinella’s assertions, including bringing up the COVID crisis’s positive effect on wildlife conservation through hunting recruitment as covered by this website. As OutdoorLife.com noted, “The traditional hunting community has a decision to make: We’re either going to welcome some new folks into ‘our’ places and teach them our customs and ethics (and certainly learn a thing or two along the way), or we’re going to close access to our tribe and let our hunting tradition die … .”

As for answering the question Rinella posed at the start of his op-ed on whether hunters want to see another hunter in front of them upon arrival at their favorite hunting spot, the Outdoor Life article said no, “but neither do I get angry about it. In fact, there’ve been plenty of times where I’ve had great conversations with strangers I’ve met in the woods even if they are in ‘my’ honey hole. Does it lessen my chance of filling a tag? Maybe. But I wouldn’t want to give up those experiences either.”

Meanwhile, the non-profit Hunters of Color, which works to diversify the outdoors, penned its response, calling out “such blatant disregard for necessary strides toward diversity in the hunting community by calling for the end of R3.” Highlighting a lack of representation, it notes, “Lastly, we have been fed the lie that hunting is a ‘white person sport’ because of lack of representation. Why should we believe that hunting is for us when we pick up any hunting magazine or turn on MeatEater on Netflix and see people who don’t look like us?” But isn’t MeatEater supposedly all about public land, it asks? “Isn’t it something you promote and push, that we are all ‘public landowners?’ Isn’t that why hunters’ votes are so important? But if MeatEater is going to gatekeep public land, are you asking us to vote to only protect your right to access it?”

MeatEater Responds
MeatEater founder Steven Rinella responded with his own op-ed, hoping to clear up questions caused by the introduction he wrote to his brother Matt’s piece. He says he failed to “specifically state what parts of his argument I agree with. In retrospect, this was a critical omission.”

As Steven Rinella explains in his response and aside from the Meateater Netflix series itself, which is arguably a recruiter for hunting in making it “cool” and culturally relevant, he says the MeatEater office rewards hunter mentorship in its own ranks. He says he also sits on the board of the Theodore Roosevelt Conservation Partnership and that it promotes R3 efforts.

Meanwhile, Matt Rinella took to the outdoor podcast circuit this week, appearing on the Blood Origins podcast to discuss the thinking behind his article in his own words and, as he puts it, to try and explain what he was trying to say “unfettered by word count limitations.” But isn’t the absence of word count limitations an advantage of online writing?

In the hour-long episode that just went live, hosts Robbie Kroger and Cody Heitschmidt question Matt Rinella, who laments during the episode the “little room inside and outside of hunting, to be able to agreeably disagree.” To listen to the podcast, click here. He discusses the math behind the figures noted in his article, which looked at USFWS data on license-holders. At one point, he and the hosts discuss the flat line versus the statistical increase in licenses and tags, asserting while his takeaways from the data differ from R3 organizations, they are built on the same numbers. He claims that USFWS data is correct “up to a proportionality constant”—asserting that the percentage increase probably correlates to the overall increase in license holders. Where his conclusions differ though, especially from the Outdoor Life article, lies in Outdoor Life’s assertion that the data is incorrect, as Rinella claims that “every single R3 article is formulaic, in the regard that it cites this fish and wildlife data and uses it to show hunting is in decline, asking “if the data isn’t believable, then the impetus for R3 is destroyed, is it not, since all these articles show the data as the reason behind R3.” When asked why there is a static line on license holders vs. an increase in tags and stamps, Rinella asserts that hunters are getting “more fervent” as hardcore hunters, hunting in multiple states.

Sounding Home the Case for R3
When it comes to dollars and sense, ask any state wildlife agency or hunter-backed wildlife conservation and hunting organization: The more hunters, the better. This is why R3 programs continue to be implemented across the country and why the Council to Advance Hunting and the Shooting Sports (CAHSS) conducts a national R3 symposium each year, defining R3 as “an important issue for anyone concerned about wildlife management, conservation and the future of our hunting traditions.” (To watch CAHSS’ R3 video, click here.

As readers of this website know, the National Rifle Association is a staunch supporter of R3 and for nearly 150 years has led the way in offering the safety, education and training programs and services that foster the hunting tradition and a lifetime of hunting enjoyment. And it is this hunting issues-based website, NRAHLF.org, in particular that focuses on promoting cultural acceptance of hunting, including through efforts such as bolstering the R3 movement at large.

In fact, almost every major hunting advocacy group has had a hand in shaping the R3 movement, which underscores the importance of legal, regulated hunting as a wildlife management tool and is important in reaching potential sportsmen and sportswomen who didn’t grow up in the outdoors. With an unprecedented number of new gun owners and hunters joining our ranks during the pandemic, the opportunity to secure hunting’s future is stronger than ever.

About the Author
Cody McLaughlin is a conservationist advocate on public policy issues including hunting, fishing, gun rights, free-market tax and wage policy and the environment. He works as a GOP consultant for conservative political causes, managing clients’ digital communications and online presence and as a trustee of the New Jersey Outdoor Alliance, helping to represent the state’s 1.2 million sportsmen in the political arena.