The NRA and its millions of members are living proof that hunters care. A prime example dates back 30 years as the NRA and other hunter-backed groups recognized that many hunters were able to harvest more meat than they could eat or share with family and friends. The solution: Band together to make a difference in the lives of those less fortunate through the Hunters for the Hungry (HFH) movement. NRA Hunter Services began partnering with state wildlife agencies in 1991 to put interested hunters in touch with area HFH start-up programs and established the NRA HFH clearinghouse, a database linking hunters with HFH groups and meat processors in their communities. In advancing the NRA’s commitment to this worthy program, today the NRA Hunters’ Leadership Forum (HLF) announced the rollout of a $50,000 NRA HFH fund to which HFH program affiliates can apply for assistance in continuing the mission to fight hunger.

“There are many NRA-supported programs that don’t get the spotlight they deserve—Hunters for the Hungry is one of them,” said Joe DeBergalis, executive director of NRA General Operations. Through the program, more than 2.1 million pounds of meat are donated every year. That translates into 8.1 million meals for friends and neighbors in our communities. That is meaningful food on the table, provided by NRA members and supporters.” 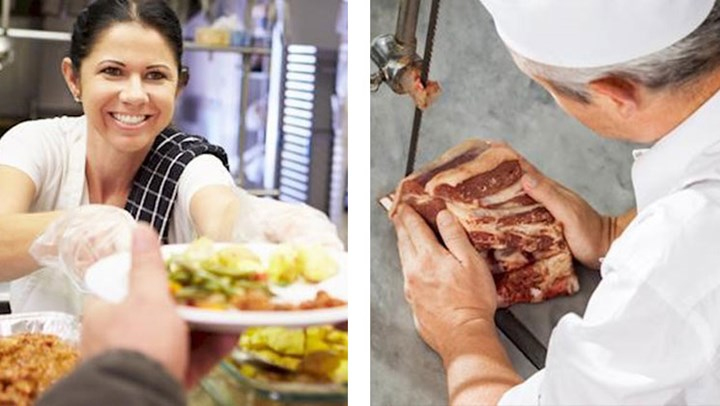 Currently there are approximately 40 HFH programs nationwide, all of which operate on a shoestring budget. Available in awards up to $1,500, the fund will help these groups cover the costs of processing, shipping and distribution of donated meat to food banks, homeless shelters and other charities. In the meantime, as the HFH cooperative effort brings increasing numbers of hunters, sportsmen’s associations, meat processors, state meat inspectors and hunger relief organizations into the fold, the NRA continues to connect interested individuals while fostering public awareness through education, fundraising and publicity.

“I want to thank the generous donors who made it possible for HLF to support this incredibly worthy cause,” said Peter Churchbourne, director of the NRA HLF. “America has a long tradition of embracing the vast resources hunting provides as a means for feeding family and friends. We are honored to play a role in that noble process.”

With America’s HFH programs securing millions of pounds of a low-cholesterol, high-protein meat source for U.S. food banks to date, the NRA HLF fund aims to help ensure HFH programs do not fall victim to their own success. As the NRA HLF website reports, while hunters continue to donate meat to their local communities and meat processors and hunger-relief groups donate portions of their time and services, success largely depends on the ability to offset the resulting escalating meat-processing costs. For example, while Virginia ranks toward the top of the list of states regarding the pounds of donated meat through Virginia Hunters Who Care, the program turns away thousands more pounds due to a lack of funding.

The NRA HLF’s foresight and funding could not come at a better time amid COVID-19. For statistical backup, according to Feeding America, the nation’s largest hunger-relief organization, more than 42 million Americans now may be facing food insecurity. With increased reliance on food-assistance programs, readers may recall the NRAHLF.org September 2020 article titled “Local Deer Processors Impacted by COVID-19.” With America’s large commercial meat-processing plants struggling to maintain production, the article noted that HFH groups such as Maryland’s Farmers and Hunters Feeding the Hungry (FHFH) were warning hunters to check with processors in advance as many had stopped accepting deer due to increasing livestock-processing demands.

Fortunately, as the NRA regularly shares, American hunters care. They care for wildlife and its habitat. They care about stopping illegal poaching and about explaining how legal, regulated hunting benefits game and non-game species alike. And they care for those less fortunate in their own communities. Sadly, they care in ways animal rights extremists refuse to understand.

Editor’s Note: A longtime NRA employee and Endowment member, I am proud to have witnessed the NRA’s leadership role in the Hunters for the Hungry (HFH) movement and to have supported its efforts through the years. While volunteering in a Maryland soup kitchen in the 1990s, I vividly recall being struck by how the pantry was full of donated canned vegetables while the freezers were short on meat, which is more expensive and tougher to store. The NRA encourages all members to help fight hunter by supporting HFH programs. Whether contributing financially or by bringing a tagged, field-dressed deer or other game meat to a participating meat processor, you are helping to feed someone who struggles with hunger.
—Karen Mehall Phillips