The barrel-chested 14-point buck grazed on lush alfalfa 20 yards below me with five minutes of shooting light remaining. He was quartering toward me, but slowly he started grazing into a broadside position. I fluidly drew back my Mathews bow, settled my pin then shot. The encounter ended with a loud crash just 50 yards inside the timber. Without landowner permission, that hunt wouldn’t have been possible.

On the other side of the coin, I also do a lot of public-land hunting. On such hunts, I’ve taken elk, antelope, mule deer, turkeys and some terrific whitetails, two of which were larger and more mature than that private-land buck. Public-land hunting is certainly more challenging than private-land hunting, but I’ve experienced fantastic hunting on both public and private lands.

In this article I will address the key differences between hunting on public and private lands, considering the increasing number of new hunters taking to the field during the pandemic. If you’re new to hunting, this piece is intended to help you choose the option that best aligns with your goals and preferences.

1. Access
Private-land access requires greater effort than public-land access. Your options are knocking on doors, often with low success rates, paying lease fees or paying a mortgage on your own land. None of these are convenient or affordable for many hunters.

In contrast, public lands are open to law-abiding citizens for recreation, free of charge, aside from select parcels that require an inexpensive pass or permit. The only other thing you must watch for are specific restrictions such as closed areas. Simply put, public lands are abundant across the United States, and the ability to hunt them at your convenience and on your own terms is quite attractive. Personally, I love it. 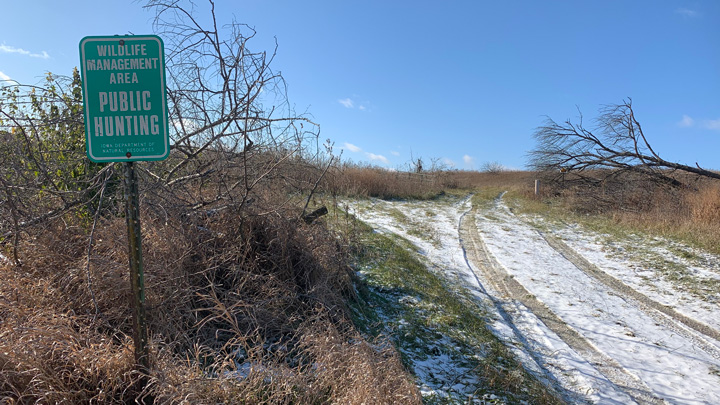 2. Potential for a Mature Game Animal
It’s a given that most private-land hunting offers potential for larger, more mature animals. As a result, those who hunt on private lands are often a bit more selective in what they harvest. That’s especially true in states like Iowa, for example, where quite a few hunters are letting even 41/2-year-old bucks walk. Basically, more controlled management happens on private lands, which includes passing on young bucks to improve the age class of harvested bucks.

On public lands, hunters are often less selective, which means that a multitude of young bucks are harvested annually. This hurts the age class as animals do not get an opportunity to reach an older age. Bucks that reach true maturity know where they’re safe and where they aren’t. That’s why you’ll usually find the best potential for a big buck on private lands. I’m not saying that larger representatives of the species can’t be found on public lands. They can, and every year public lands produce some magnificent animals. But they’re usually fewer and farther between.

3. Pressure
On land open to anyone, it’s a given that hunting pressure can vary from moderate to intense. In eastern states like Pennsylvania, public parcels often become crowded. Colorado’s over-the-counter elk units are also very busy. Even draw hunts for whitetail deer in states such as Kansas and Iowa can lead to busy parking lots at public parcels. I’ve seen it myself. Basically, you don’t know for sure what the pressure will be on any given day until you arrive to hunt.

Another point is that you have no idea how much pressure the parcel received during the days leading up to your outing. It’s possible that there were 12 vehicles in the parking area the day before you arrived. Some maybe belonged to hunters, some from hikers and some from bird hunters with dogs. Heck, a bird hunter might have followed his dog right through a deer bedding area, pushing out the deer. The amount of pressure sustained in that area is out of your control.

On private lands, pressure is generally more controlled. Other than the few landowners who allow almost anyone who asks to go hunting, most landowners limit the number of hunters they allow on their lands. On 500 acres, you might have the place to yourself or be sharing it with one or two other hunters—plenty of room for everyone.

4. Food Sources
Most types of hunting center around food sources. On private lands, you might have the luxury of hunting existing fields or even get to plant a food plot. In other words, game movement is more predictable, and potential ambush locations are usually easy to identify. On many private parcels, particularly in farm country, food sources such as alfalfa fields are easy to identify and can draw and hold deer.

Things are different on public lands. Some state-managed parcels do offer planted fields and/or food plots, but seldom are they in ideal ambush locations. What’s more, you usually aren’t the first to know about them. Often, you’ll find signs of other hunters in the area, including treestands and trail cameras.

A better strategy is to either hunt deeper into the parcel on travel routes that run between the field and a bedding area or locate naturally occurring food sources. This includes soft and hard mast crops such as apples and acorns. Also look for greenbrier and clover patches—anything that game animals feed on that isn’t obvious to other hunters. When you uncover a deep-woods food source that is tougher to reach, you might have the place to yourself and see more game. 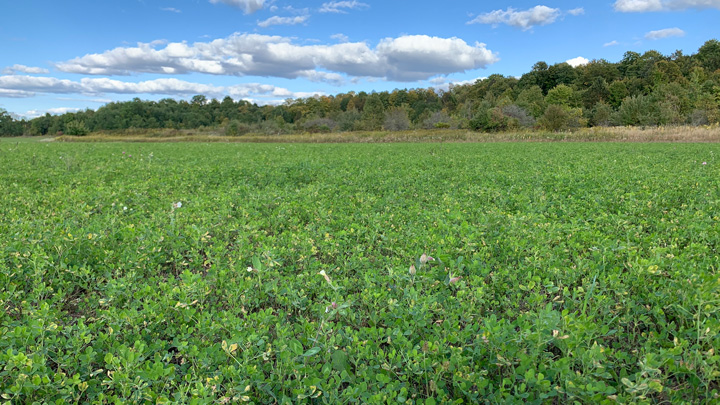 5. Resident vs. Nonresident Animals
It’s true that managed private parcels offering all the necessities—food, water and cover—hold deer 24/7. Unless pushed, these animals have everything they need in one area. Except during the rut, or breeding season, most of the deer that use the parcel are year-round residents.

Public parcels range in size. Obviously, many elk on a multi-thousand-acre national forest are born, live and die in that forest, though they might inhabit many different canyons throughout their lifespan. In contrast, a 160-acre public parcel rarely has everything deer need to survive, and even if it did, hunters or recreational enthusiasts would certainly push deer off the property. For that reason, you’re most often hunting deer that occasionally pass through the parcel, not resident deer.

In short, hunting on public lands can be difficult, but when success comes, the satisfaction is unrivaled. Private-land hunting often has better hunting opportunities, especially for quality animals, but you either must wear out your knuckles knocking on doors to request permission to hunt or pay to play by leasing or buying your own personal hunting property. Now that we’ve discussed both options, which one is right for you?