If Congress tried to pass a bill that ignored scientific facts, hurt wildlife conservation and biodiversity, and damaged communities’ economies, wouldn’t common sense kick in and tell us it’s the wrong move? This is why the NRA and 23 other members of the coalition American Wildlife Conservation Partners (AWCP) representing millions of sportsmen and women signed onto a letter Tuesday strongly opposing a ban on the import of legally hunted wild game trophies from Tanzania, Zambia and Zimbabwe.

The proposed import ban comes in the form of Section 439 of the FY2023 Department of the Interior, Environment and Related Agencies Appropriations Act. Addressed to House Committee on Appropriations Chair Rep. Rosa Delauro (CT-03) and ranking member Rep. Kay Granger (TX-12), the letter explains science shows how an import ban would harm wildlife and the livelihoods of the African communities and agencies that live with and work to conserve Africa’s wildlife every day.

“By seeking to ban outright the import of legally hunted trophies from Tanzania, Zambia and Zimbabwe, the letter states, “Section 439 will harm, rather than benefit wildlife and significantly damage the livelihoods of African communities, the original and most important conservators of African wildlife. Well-regulated international hunting is vital to conservation, maintaining biodiversity, and species survival in southern Africa and around the world. Hunting programs, especially those involving rural communities in conservation and management, are proven tools to sustain both species and habitat.” The letter shares how international hunting has contributed to the recovery and maintenance of biodiversity across southern Africa, aiding the African elephant, African lion, southern white rhino, black rhino, mountain zebra, bontebok, black wildebeest and many other species. Yet the bill was marked up in full committee yesterday and includes a general provision defunding permits for legal, regulated sport-hunted elephants and lions from Tanzania, Zimbabwe and Zambia. 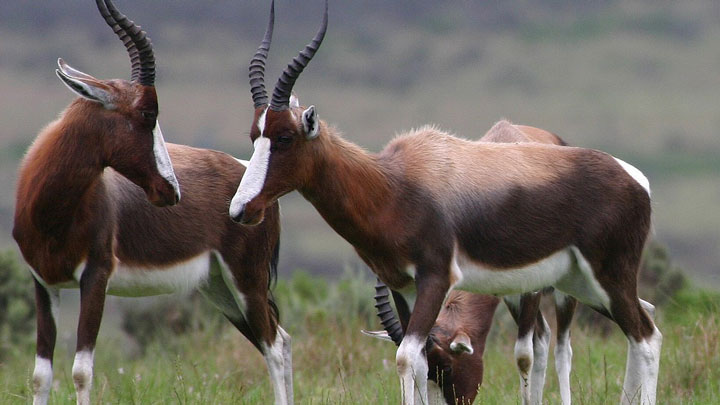 Drafted by the NRA, Congressional Sportsmen’s Foundation, Dallas Safari Club, National Shooting Sports Foundation and Safari Club International, the letter directly acknowledges the Appropriations Committee’s concerns that poaching harms conservation efforts, explaining that poaching currently is not an issue in Tanzania, Zambia and Zimbabwe. In fact, it tracks how these countries are controlling illegal poaching, in large part, through international hunting revenues and “boots on the ground” anti-poaching initiatives funded by hunting operators and community game scouts.

“The reality is that Section 439 has nothing to do with species protection and instead only aims to attack hunters and the range countries that have incorporated hunting into their national conservation and community empowerment programs,” the letter states. Just as important, it documents the fallacy of Section 439 in noting that the world’s largest population of lions and second, third and sixth largest populations of elephants inhabit these three countries.

The letter outlines how the three countries listed in Section 439 have safeguards in place to protect species that are vulnerable to poaching, which is often the result of human-animal conflict. It was sent with a New York Times editorial from 2015—“In Zimbabwe, We Don’t Cry for Lions”— that shares author Goodwell Nzou’s firsthand account of having to live in terror amongst lions in Zimbabwe. “Lions and elephants are particularly difficult for local Africans to live with—elephants trample homes and crops while lions threaten livestock and human life,” he wrote. “Poaching is often the result of problem wildlife, unemployment and illegal harvesting to feed families. Legal hunting provides incentives and revenues to mitigate poaching in addition to providing nutritious meat in areas susceptible to food shortages.”

Also cited is a recent article in the Journal of Conservation Biology that explains, “Some of the community benefits derived from trophy hunting (e.g., meat provision) are also not easily replicated by potential alternatives. In fact, no practicable, scalable, alternative has yet been demonstrated that could similarly sustain the habitat and wildlife protected in hunting zones, while reliably maintaining equivalent community benefits.”

The letter also references an International Union for Conservation of Nature (IUCN) report—“Informing Decisions on Trophy Hunting”—prepared for the European Parliament in 2016 amid talks of restricting hunting trophy imports into Europe. The report advised against irrational bans on importation of legally hunted wildlife, noting that “well managed trophy hunting can and does generate critically needed incentives and revenue for government, and private and community landowners to maintain and restore wildlife as a land use and to carry out conservation actions (including anti-poaching interventions),” also providing income, jobs and other important economic and social benefits to indigenous and local communities in places where these benefits are scarce.” Yet the concerns in the Committee’s report on Section 439 ignore this in favor of promoting misinformed prejudices against international hunting.

As this NRA Hunters’ Leadership Forum website regularly shares, scientific research upholds the critical role that legal, regulated international hunting plays in wildlife management. The letter shares how most wild African animals in countries that permit hunting have experienced substantial population growth. This is in contrast to countries like Kenya, which banned hunting in 1977—derailing conservation programs that relied on hunting to create economic incentives for wildlife and habitat conservation.

The letter underscores how legal, regulated hunting is not only monitored by the wildlife management authorities of Tanzania, Zambia and Zimbabwe, but it is subject to further oversight from the 184 Parties to the Convention on International Trade in Endangered Species and through the U.S. Fish and Wildlife Service’s enhancement permitting programs. “The undersigned organizations urge Congress to allow these experts to effectively do their jobs,” it states, “particularly when it comes to implementation of anti-poaching and anti-trafficking programs.”

In conclusion, the letter calls out how Section 439 wrongly attempts to dictate the management of African wildlife—a right that belongs to African governments and communities. “These countries and communities rely upon international hunting as a means to generate incentives for habitat protection, human wildlife conflict mitigation and revenues for both conservation and community projects,” it states. “Africans must benefit from wildlife, not be forced to choose between animals and themselves. When the U.S., or any other country attempts to undermine the management authority of a sovereign nation and impose legislation which will effectively ban imports, it has real, devastating consequences—for wildlife and people.”

No wonder 24 hunter-backed wildlife conservation organizations signed onto the letter opposing Section 439. If common sense wins the day, then Congress will not pass this bill.