Six Ways to Portray a Positive Image for Hunting

Photo credit: Howard Communications, Inc.—Many hunters don’t realize that they can contribute to conservation at a hands-on level. Whether you improve habitat or limit harvest numbers on given properties, you can make a lasting, meaningful impact and have a positive story to tell non-hunters.
More
SUBSCRIBE

I constantly stop playing videos in which hunters call animals cuss words. I do likewise when they misinform viewers that a 140-class whitetail they just passed up is “just a little buck,” or when someone does not follow NRA gun safety rules and waves a firearm in an unsafe direction. If blood is the focus and respect is forsaken, I shut it down. If they brag that an animal they shot with their bow was 100 yards away, you guessed it: I find another video to watch.

Such videos and other ego-driven media I’ve encountered have inspired me to address this concerning, under-discussed topic. I feel we tolerate way too much ego, obscenity and barefaced disrespect toward animals and even other hunters. Simply put, there’s too much negativity running rampantly about the collective hunting community, and we must end it.

Thus, let’s educate folks on how to present hunters and hunting tastefully. I believe it begins with reaching out and teaching young folks while they’re moldable so that our hunting community remains a reputable bunch for generations to come.

When I have a banner hunting season that fills my freezers, I gladly and willingly gift non-hunters portions of my abundance. Many non-hunters put little thought into how meat lands on their plates, so gifting them wild-game meat opens a topic for thought and discussion. I carefully explain that the chief reason I hunt is to eat responsibly-harvested and -processed meat.

I continue by explaining how I disagree with the meat industry when I hear about any mistreatment of animals or the lack of sanitary measures. Many folks leave the conversation with a whole new appreciation for hunters when they learn that we care about animal welfare and that we strive to make quick, clean kill shots and then carefully handle and process the meat ourselves.

By the way, if you love to hunt and have a generous heart, you can donate meat to programs that work directly with local food pantries to feed needy folks. You can learn more about this program in your community by contacting your state game agency or by scanning the NRAHLF.org fact sheet “Hunters for the Hungry: United to Help Those in Need.”

In addition, the NRA maintains an information clearinghouse to link hunters with participating meat processors who will accept their field-dressed deer or other wild game for processing, packaging and food-bank distribution. For more information or to search for participating processors by zip code or city and state, visit the NRA's Hunters for the Hungry, call 800-492-4868 (select option 3) or email [email protected].

Most anti-hunters view us hunters as “animal murderers.” Few realize that hunters and their wildlife conservation dollars are a leading reason we have abundant wildlife and wildlife habitat in the first place. We must tell non-hunters that story to set the record straight so they understand we are, in fact, conservationists.

World-renowned hunter and conservationist Phil Phillips discusses this point in his article, “How Do You Spell Conservationist? H-U-N-T-E-R!” Phillips also presents mind-blowing stats on hunter contributions to wildlife conservation and habitat preservation.

Hunters too often place conservation efforts solely in the hands of government agencies or conservation organizations such as the National Wild Turkey Federation, Rocky Mountain Elk Foundation, Ducks Unlimited and others. But you know what? You can participate on a hands-on level, too.

Let me share one example. I am a turkey-hunting fanatic. I harvest multiple toms every spring not far from my home. I could fill, say, five tags on a 40-acre property. But I don’t. If I did, that property would probably be tom-less for a few seasons. Because I spread my harvest over multiple properties, I always have birds to hunt on the same properties every single spring. Make sense?

Arrogance has no place in the hunting community. I often discuss this with a hunting-industry friend.

Last summer while visiting with him, he said, “In the past, I’d impose pressure on myself to kill the most mature, trophy-class animals as a status thing. Eventually, I realized that it doesn’t matter what anyone else thinks. It only matters what I think as do the personal goals I’ve set for myself.”

To expound on my friend’s change in direction and motives, let me add that waving your own flag is counterproductive to making solid hunting relationships. Humans tend to run with like-minded folks, right? If we’re bragging and trying to one-up someone else, those are likely the people we’ll run with, and they portray an inaccurate image of hunters and hunting. I want no part in that.

Poaching defies what hunting is all about, though non-hunters often misconceive poachers as hunters. They aren’t, but that is exactly what animal rights extremists want non-hunters to believe. Poachers are criminals. Those who poach, or even tolerate it, are detriments to wildlife conservation, hunting opportunities and the way non-hunters view us.

We must end this “by creating economic and political conditions that discourage poaching and illicit wildlife trafficking,” as Catherine Semcer wrote in her article, “Why Hunters Are Critical to Reducing Wildlife Crime.” We also must exercise our duties to turn in poachers. It must end. (For more information, read "Poaching Is Not Hunting." 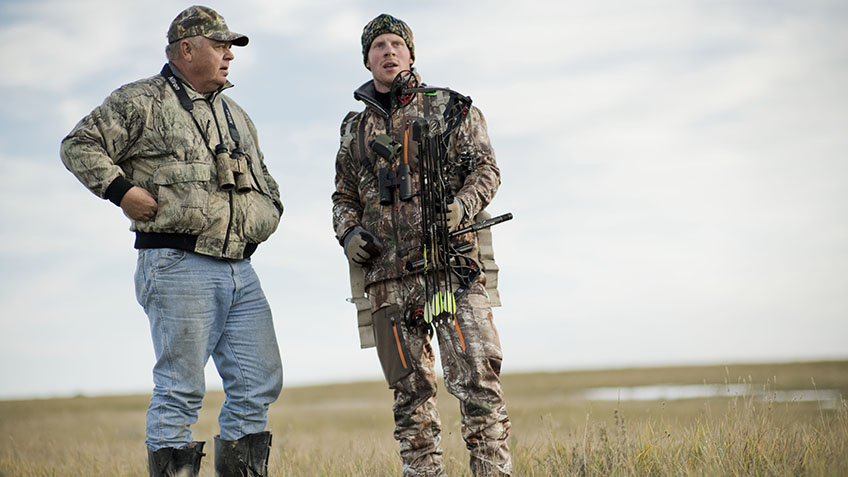 When landowners grant hunting permission, they have expectations as to how you use their land and when. Follow the landowner’s rules to a T, or you’ll lose your permission and portray a poor image for the rest of the hunting community. (Image by John Hafner)

Years ago, a firm handshake and friendly smile were all it took to gain hunting permission on private lands. It still happens, but far less frequently. Finding places to hunt becomes more challenging every year.

I can’t count how many landowners have turned me down because they’ve been burned by others to whom they’d previously granted hunting permission. Some left gates open they were asked to close. Others fired in unsafe directions. Some made ruts by driving in wet fields or drove over crops. Some landowners even caught poachers or trespassers. These and many more examples of poor stewardship are largely why access has become so tight. 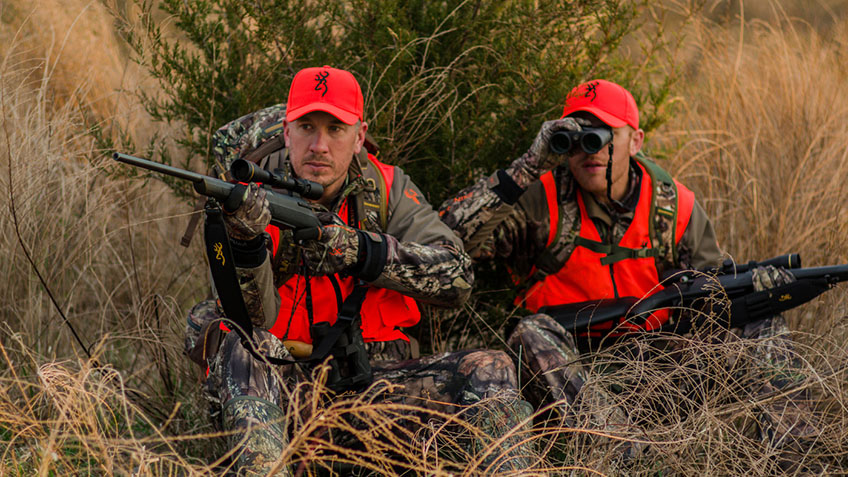 In the heat of the moment, many folks handle firearms unsafely. This is practically asking for an accident to happen and will give antis more ammunition against firearms and hunting. Safe firearm handling will keep the woods safe for everyone and portray a positive image for hunting. (Image courtesy of Howard Communications, Inc.)

This goes back to the most basic principles we all learned in hunter education class: (1) Always treat every gun as if it were loaded; (2) Always point the muzzle in a safe direction; and (3) Know your target and what lies beyond. Every time a firearm-related accident occurs, firearms and hunting are blamed when, in actuality, carelessness instigates most of these accidents, most of which can be prevented.

I experienced such carelessness while guiding turkey hunters in Florida. Over two spring seasons, I unfortunately had to reprimand a few adults who couldn’t seem to manage their muzzles. Several times I noticed muzzles were pointing in an unsafe direction. I had to scold and remind these people that firearms must be treated with respect and that I don’t tolerate such carelessness. (Here is a recap of the NRA’s fundamental gun safety rules to share with fellow hunters.)

Once you speak words or complete actions, you can’t take them back. They can have a lasting impact on how the general public views hunters and hunting. Make your words and actions count the first time because whether you think so or not, someone is usually listening and/or watching.

If you fail at even one thing from the list above, it could portray a false image of the entire hunting community. That’s a chance we cannot afford to take.