How to Deal with Fascists

A husband and wife in eastern France were forced to resign their employment as managers of a grocery store when pictures from their 2015 African hunt went viral on social media.

Why did the BBC find this newsworthy? The sacking of low-level food managers in rural France is hardly of interest, much less news, to anyone outside of the people directly involved. What made this story newsworthy in Europe and even here in the United States was the public outcry against the store managers that were involved in a hunt that occurred four years ago. And though we have seen this before, the frequency of these “social justice” reprisals are occurring with alarming frequency and for diminishingly-egregious “offenses.”

It has been stated often before, yet it bears repeating: Social media is a game-changer, especially for organizations seeking change. Of course, this fact can be positive or negative depending on one’s situation. While hunters and pro-hunting organizations have done much to promote the sport through various social media outlets, their results pale in comparison to the voluminous and effective propaganda spread by the anti-hunting/animal-rights crowd. The reason? On social media, emotion almost always trumps facts. Why else would firing a French grocery store manager be news in America? What we hunters have been too long in realizing is that two can play at that game. So let’s play. 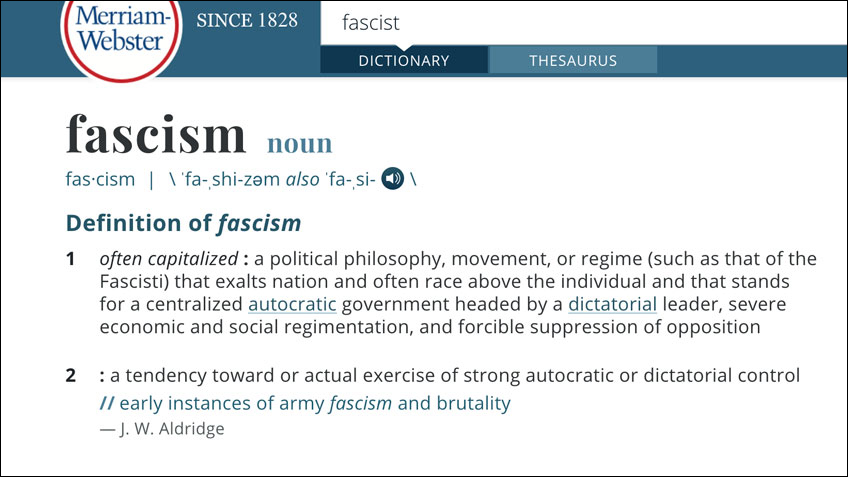 Here is a word fraught with emotion: fascist. No right-minded person would want to be labeled a fascist, but that is exactly what these French grocer protestors were. A quick look at Webster’s proves it.  Removing some of the political aspects, the definition of a fascist is as follows:

…a political philosophy, movement, or regime…that stands for a centralized autocratic government headed by dictatorial leader, severe economic and social regimentation, and forcible suppression of opposition.

Does that last part sound familiar? “Severe economic and social regimentation with forcible suppression of opposition” seems on point with a social media lynch mob (forcible suppression of opposition) ginning up an emotional boycott (severe economic and social regimentation) of a grocery store because a pair of employees went on safari FOUR YEARS AGO. And it worked. Here is the store owner’s hasty mea culpa to the mob:

"In the face of condemnation provoked by these actions at the heart of the co-operative and the legitimate public feeling, the store managers have decided to quit immediately the brand and their l'Arbresle store."

You cannot blame the store ownership for its lack of courage. They are in the business of business and forced resignations were their only way to keep the doors open. The grocery store transferred the social media mob’s “forcible suppression” from the business to the hunters/employees. Affirming the “legitimate public feeling” of the activist horde was simply gratuitous kowtowing. 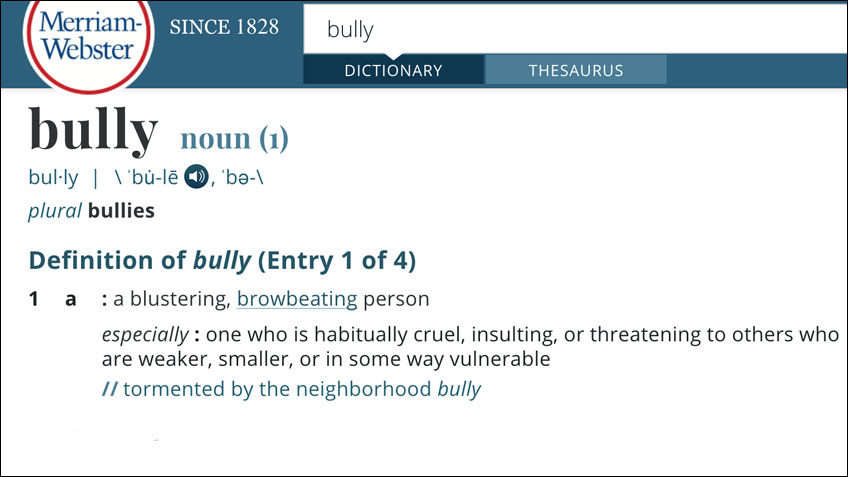 But the point of this essay is to examine fighting emotional fire with fire. While social fascism runs amuck in Europe, the word itself does not seem to have the emotional impact it once did. After all, the names Mussolini and Hitler do not evoke the social repugnance they did a generation ago. To hit back at the antis, a more contemporary word would better serve our purpose, and one word does come to mind: “Bully.”

As per Webster’s, a bully is: one who is habitually cruel, insulting, or threatening to others who are weaker, smaller or in some way vulnerable.

“Bully” as a synonym for “fascisit”? It works for me. Better yet, it hits like an emotional sledgehammer as a trending topic on social media.

In my experience I have found the anti-hunting crowd to often be cruel, almost always insulting, and, on too many occasions to count, threatening. This website, for example, has repeatedly reported on the death threats hunters receive online. Demographics tell us that as a group, hunters are smaller (i.e. weaker) and most definitely vulnerable. So as the “bully” shoe seems to fit the animal-rights extremists so well, why are we not using it to kick some anti butt?

From this point forward, it is my intention to call out bullies and bullying whenever and wherever I see it, and I see a lot of it on my social media feeds. If you are a hunter, you probably see it on yours as well. But the great thing about social media is it is an effective tool with which to change people’s minds. While it is easy for those undecided about the question of hunting to be influenced to the negative by a photo of a dead cat or a bloody deer, it is almost as easy to influence those same people toward our side when the animal rightist bullies and their bullying tactics are called out. It is time we begin calling them out.

Europe has often been a harbinger of things to come to the United States. From such varied events as World Wars to fashion trends, from the turning away from religion to soccer, often what is trending in Europe makes its way across the Atlantic. While NGOs like the European Commissions International Council for Game and Wildlife Conservation work to preserve the long-standing heritage of hunting on the continent, an active, radical animal rights lobby has been effective in turning much of the public’s opinion against hunting. Though we have not yet seen this level of opposition to our sport in the United States, we only need look across the Atlantic to see the future of hunting in America.

About the author: Steve Scott is a self-proclaimed reformed attorney, long-time university instructor, and producer and host of the Safari Hunter’s Journal and Outdoor Guide television series. For more information, visit SteveScott.TV.