The Labour Party, Great Britain’s largest left-wing political group, recently released its 10-page “Animal Welfare Manifesto” outlining a detailed attack on hunters. Labour, which boasts that it was responsible for passage of the 2004 Hunting Act, calls itself “the party of animal welfare.” As we have seen from the animal rights playbook elsewhere, the Labour Party’s statements use feel-good language to hide its true goals. It is one thing to promote respect for animals and to ensure that their populations are managed in a sustainable and ethical manner, but this document promotes a far more radical animal rights agenda.

At the moment, the Labour Party is in the minority in Britain’s parliament, holding 247 of the legislative body’s 650 seats. The Conservative Party enjoys a majority, with 311 seats. Britain is not a two-party nation, and various smaller factions make up the remainder of the legislative branch of government. Representatives of the largest minority party are known as the Official Opposition and serve as “shadow leaders” in Her Majesty’s Government. Sue Hayman MP (Member of Parliament) serves as the Shadow Secretary of State for Environment, Food and Rural Affairs and authored the Manifesto’s foreword.

In the foreword, Hayman uses tame-sounding language to outline an aggressive animal rights agenda: “Our vision is one where no animal is made to suffer unnecessary pain and degradation and where we continue to drive up standards and practice in line with the most recent advances and understanding.” No hunter wants animals to suffer, but the devil is in the details. The Manifesto outlines specific proposals that represent a frontal assault on both hunters and farmers. 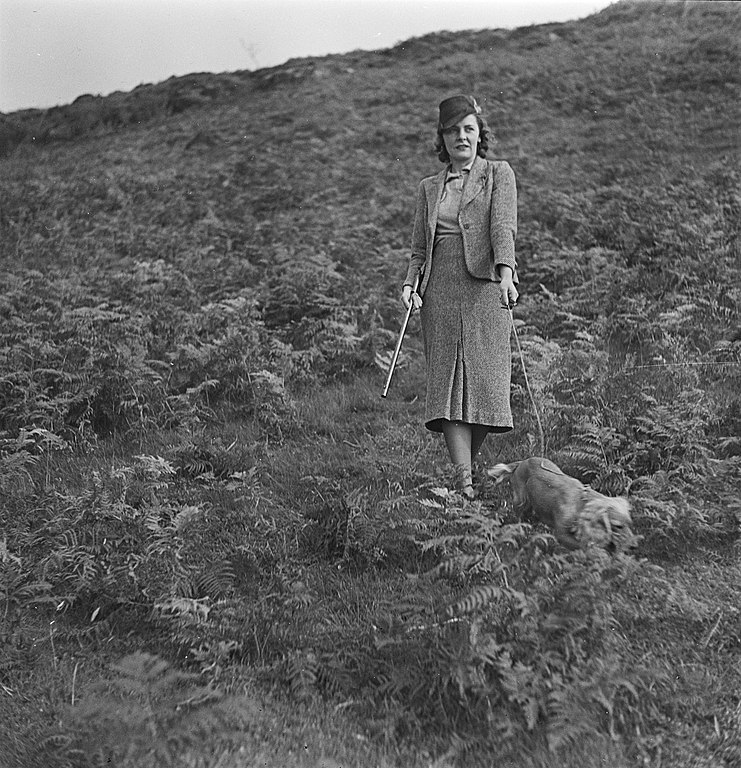 The Labour Party's "Animal Welfare Manifesto" seeks to add badger culls and grouse hunting to the banned list, alongside fox hunting. This woman is hunting grouse with her dog on the Isle of Skye.

Labour’s assault on hunters isn’t presumed but expressly enumerated in the document. “Labour is exploring ways to further enhance the Hunting Act and bring forward a ban on the badger cull,” it states. The manifesto lays out a plan to enhance and strengthen the Hunting Act, a 2004 law that banned the traditional method of hunting mammals with dogs and effectively put an end to fox hunting. This hasn’t been merely talk, as 378 people, many of them sport hunters, have been convicted of violations of the Hunting Act since its passage.

Bird hunters don’t get a pass, either, as Labour seeks to “implement an independent review into the economic, environmental and wildlife impacts of driven grouse shooting and model alternatives.”  This review will, of course, be the first step of banning one of the sporting mainstays of the past several centuries. The manifesto also seeks to pass legislation banning the cage rearing of game birds, which is how many pheasants and partridges are bred for release onto hunting grounds. Such a ban would be catastrophic to Britain’s proud hunting culture. Just last month, the Welsh Government announced that it will review the Code of Practice on the Rearing of Game Birds for Sporting Purposes, so this is no idle threat.

We hunters know the positive impact that our legal, regulated efforts have on the world’s animal populations and habitats through the economic incentives that international sportsmen provide. Just last week, I toured a taxidermy operation in South Africa that was the second-largest private employer in the city, providing dozens of good jobs in a rural and somewhat economically-depressed area of the country. Labour seeks to put an end to this worldwide economic and ecological benefit by banning the importation of many hunting trophies as well as all fur products. If hunters can’t import the hides and horns of their quarry, they are far less likely to hunt them. Wild animal populations will plummet as domestic animals replace them as a means of income. Bye-bye, buffalo and kudu, hello sheep and cattle.

So why should American hunters be concerned with the efforts of a minority party across the pond? Well, for starters, Labour won’t be the minority party forever and, sooner or later, it will push these ambitious goals into passage. Once these radical ideals become law overseas, they will spread like wildfire. Anti-hunting organizations are well-funded, well-organized and well-connected with one another. Make no mistake: Anti-hunters in the United States are watching as events in Europe unfold, and we are sure to follow.