I begin with an anecdote. On the first day of class for most of the 20 years I taught my ethics program to young children, I handed out a questionnaire. The first question was: “Who are your heroes?” The second question: “Why are those persons your heroes?” For question No. 1, almost all children named their parents. For question No. 2, the youngsters described the traits that created their heroes: They made the child stronger or a better person and taught the child right from wrong. Their heroes inspired them to reach beyond themselves.

I see a solid analogy to ensuring hunting’s future at a time when hunting faces increasing demographic and cultural challenges. Demography is destiny. Addressing the 21st century challenges to hunters, hunting and wildlife conservation is precisely why the NRA launched the NRA Hunters’ Leadership Forum and this NRAHLF.org website. We all know hunter numbers are decreasing. This is why the hunting community is working rapidly to develop effective strategies to ensure hunting and all-American freedom are passed to future generations.

Causation and Hunting’s Big Picture
I assert that a successful future for hunting can be achieved by instilling in young hunters the same characteristics my young students identified in their heroes. The national NRA-backed R3 movement focusing on the recruitment, retention and reactivation of hunters could be enhanced by teaching what I call “the big picture.” It incorporates demography, the foundation of our hunting culture, an awareness of causation and a recognition of the hunter’s role in wildlife stewardship and in protecting hunting’s future. Doing so should include not only focusing on the fun, physical challenges and nutritious, tasty meals inherent in hunting but also on how it cultivates wisdom and strengthens character. 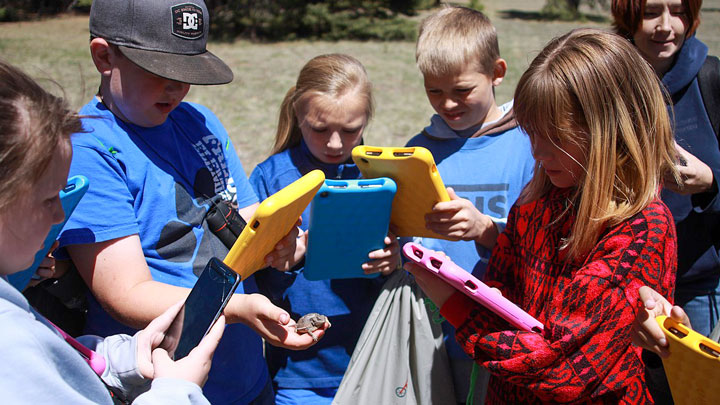 Every hunter education instructor teaches students about the North American Model of Wildlife Conservation (NAMWC). The world renown NAMWC holds that fish and wildlife populations are a public trust resource to be managed and sustained for future generations. Today’s hunters should be encouraged to share that this successful model is based on the fact wildlife science must guide wildlife management. As U.S. President Theodore Roosevelt pointed out a century ago, the natural wildlife resources we have today are not guaranteed for tomorrow, and preservation is not conservation.

In his book “Inherit the Hunt,” Jim Posewitz writes: “Having the abundance and diversity of wildlife we live with today is neither luck nor accident. It is the result of hard, purposeful work. It was done by people of ordinary means and by people blessed with special talents and opportunity. What they had in common was that they chose to be hunters and there was room in our culture for anyone who made that choice.”

Interactions with young hunters should include teaching that the NAMWC and our hunting culture exist because of our unique American freedoms. Our Second Amendment ensures all law-abiding Americans are permitted to possess and use firearms, making the United States unique among nations.

Students should be taught that rights are fragile and can be lost quickly, which has happened in other nations. Freedom survives only if everyone from hunters to constitutionalists—who may have no interest in owning a firearm but support the Second Amendment should they choose to exercise it—remains informed and votes for pro-freedom candidates.

The big picture shows hunting is symbolic of a larger aggregation of rights, liberties and freedoms. The hunter, or even non-hunter, who is taught the correlation between hunting, wildlife conservation, economic liberty and political freedom will understand this.

R3 programs are diverse. “Field to Fork” events, for example, are R3 initiatives that go far in drawing new hunters. Everyone has fun as the great food individuals harvest is served. The question is whether these programs are enough to generate a commitment to hunting, something more likely if big-picture principles are shared.

Two years ago I attended the inaugural National R3 Symposium in Lincoln, Neb., sponsored by the Council to Advance Hunting and the Shooting Sports (CAHSS) and the National Shooting Sports Foundation. I read the articles and data that CAHSS’ Samantha Pedder disseminates among the R3 community to advance R3 initiatives as well as articles on this website that share news on hunting issues and ideas for expanding hunter outreach. Most exhilarating was the symposium’s workshop on mentoring. Each mentor I spoke with agreed that integrating big-picture principles into their efforts had value in influencing one’s commitment to and understanding of hunting.

The Need to Explain Why We Hunt
A commitment to hunting can be nurtured by explaining the “why” of hunting. Every hunter education course, such as the free online courses offered by the NRA, contains material illustrating the success of wildlife conservation through hunting. Hunters hunt for many reasons, of course, such as to experience nature’s majesty, solitude and physical challenge and to acquire healthy, high-protein game meat. Almost all are also motivated by hunting’s conservation ethic.

Conveying the deepest reasons why we hunt may be the big picture’s most powerful, persuasive component as we enhance cultural acceptance of hunting. As stated by Viktor Frankl, a survivor of Auschwitz-Birkenau, in his acclaimed book, “Man’s Search for Meaning,” “The primary human drive is not pleasure but the pursuit of what we find meaningful.”

Show young hunters how hunting advances their own values. They want wildlife to survive and remain healthy and understand the need to fight poaching, which should never be confused with legal, regulated hunting. Explain hunting’s role in scientific wildlife management, which makes hunting a moral duty. Link hunting with excellence, honor and self-discipline. As a hunter hunts, he or she becomes a better person. The Greek philosopher Aristotle insightfully observed that excellence is not an act but a habit. Hunting teaches excellence through the habit of developing moral character.

Colleague John Linquist of the MidwayUSA Foundation shared his concern that much of the hunting community was “looking at the microcosm for solutions and not the macrocosm.” With the foundation “dedicated to changing the future of youth shooting sports,” Linquist acknowledged the demographic challenges and the need to increase hunting’s appeal beyond what many consider a predominantly white male activity. He, too, noted that hunting’s survival is also a function of linking it to a purpose beyond harvesting wildlife through promoting the big picture.

I recently interviewed young hunters for an article. With pride they expressed why contributing to wildlife conservation and promoting hunting gave meaning to their activity. Several explained that being part of a larger community of shared values and experiences was one of the greatest values and sources of meaning in hunting.

I wrote earlier that demography is destiny. There is more to the equation. I look to the pre-Socratic Greek philosopher Heraclitus, who stated, “Character is destiny.” To ensure hunting’s cultural acceptance resonates across all generations and demographics, advancing the big picture that includes fostering character and wisdom can unify all constituencies. As my young students observed, everyone wants to become a stronger and better person. If hunting is to survive, and if American freedom and the right to possess firearms at all is to survive, it will be because people saw the big picture and acted to promote it.

About the Author
Michael Sabbeth is a lawyer, author and consultant who resides in Denver, Colo. See his book “The Good, The Bad and The Difference: How to Talk with Children About Values” available on Amazon and Kindle as an eBook. He is currently completing a book for young hunters titled, “The Path of the Honorable Hunter: A Call to Action to Defend and Advance Hunting.” His email is [email protected].