Voice of Leadership: A Reintroduction to the North American Model of Wildlife Conservation

Wouldn’t it be great if there was a place where the public could “own” wildlife? Well, if you are an American citizen, congratulations. You are part owner in America’s wildlife and natural resources.

The story of wildlife ownership and, consequently, wildlife restoration in America has been called “the greatest story never told,” however much has indeed been written on this topic so perhaps it should be renamed “the least appreciated story ever told”. With millions of Americans recently reconnecting with nature and millions more becoming new gun owners—and potential hunters—now is an opportune time to retell the story in hopes it will be better understood and appreciated.

Much happened prior, but in the early 1900s wildlife populations were being decimated by unregulated market hunting and loss of habitat. Since wildlife owners were not doing a great job of managing “their” wildlife, it was clear that if the people were to continue to own wildlife, populations (both human and animal) would need to be managed and laws would be necessary to help preserve wildlife for future generations/owners. In an effort to avoid mismanagement of wildlife by the people, the Public Trust Doctrine allowed for wildlife to be entrusted to the government to manage for the long-term benefit of the public.

That Public Trust Doctrine is a basis for the North American Model of Wildlife Conservation (NAMWC), which is comprised of seven parts. These parts have been called “sisters,” “principles,” “tenants,” “components” and “pillars.” Pick whichever term you like as the list below highlights each part of the model.

One of the primary questions asked about the NAMWC is, “If the public owns the wildlife, why do we need government to manage it for us?” The short answer is that, as with many things, a few bad apples can ruin the whole bunch. It has been proven that, without oversight, some “owners” will take more than their fair share, try to profit from the sale of wildlife and destroy populations for future generations. 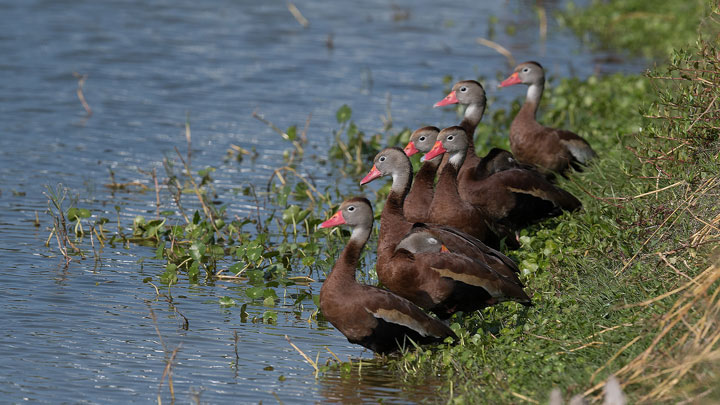 Perhaps John Wallace, Jr., Alabama’s State Game and Fish Commissioner in 1908 put it best when he wrote: “Since the State in its sovereign capacity occupies the attitude of guardian and custodian of the people’s welfare, it is therefore the duty of the State, by enactment of appropriate legislation, to endeavor to extend adequate protection to those resources in which the people have collectively a natural right. Wise and discrete individuals who feel no inclination to make assaults on Nature’s storehouse should have their rights protected by the enactment of strong laws to restrain the hands of the wanton and reckless, whose vandalism would annihilate every visible thing of fin, fur or feather, to gratify their savage instincts.”

The North American Model of Wildlife Conservation has proven successful. It is an important model to follow if we are to maintain healthy wildlife populations and allow future generations of Americans to continue to be owners of wildlife.

As these Voice of the Leadership Panel articles are meant to be thought provoking, I encourage you to conduct additional research on this topic and share what you learned with others.

About the Voice of Leadership Panel
Facilitated by James “Jay” Pinsky, editor of The Hunting Wire, and Peter Churchbourne, a director with the NRA HLF, the Voice of Leadership Panel (VLP) is an appointed six-member group of outdoor industry leaders dedicated to sharing their voices on key hunting and outdoor recreation issues to inform, inspire and educate the hunting community. Appointed for a one-year term, VLP panelists will address key hunting topics and provide leadership-based digital content to be featured on The Hunting Wire and the NRA Hunters’ Leadership Forum website, NRAHLF.org.