Many parents these days are understandably concerned about what their kids are learning in their public schools, where messages about hunting and wildlife are often nonexistent, or worse, blatantly anti-hunting. But what if outdoor skills—including hunting, shooting and fishing—were taught in public schools all around the country? What if such a course also explained sustainable use and the North American Model of Conservation? Such an education program could be a game-changer in terms of helping non-hunting kids understand the basics of wildlife conservation and the importance of hunting.

Sound like a pipe dream? It’s not. Right now, in fact, there is exactly such a curriculum in more than 900 public and private middle and high schools in 45 states nationwide. Tens of thousands of urban kids are getting a full-fledged education in the great outdoors, thanks to the work of the Outdoors Tomorrow Foundation (OTF).

The nonprofit OTF, based in Dallas, Texas, has reached more than 250,000 participants through its Outdoor Adventures curriculum since its inception. The foundation started in 1981 as a regional entity called the Dallas Ecological Foundation. In 2014, the program really took off when the foundation received an infusion of new funding, got a new name and went national. Since then, participation in the program has skyrocketed, adding 30 percent more schools every year. Students get a physical education credit for taking an Outdoor Adventures class, which can be taught in any middle or high school in the country. As of 2022, the program is active in 900 schools in 45 states, with 85,000 students enrolled. 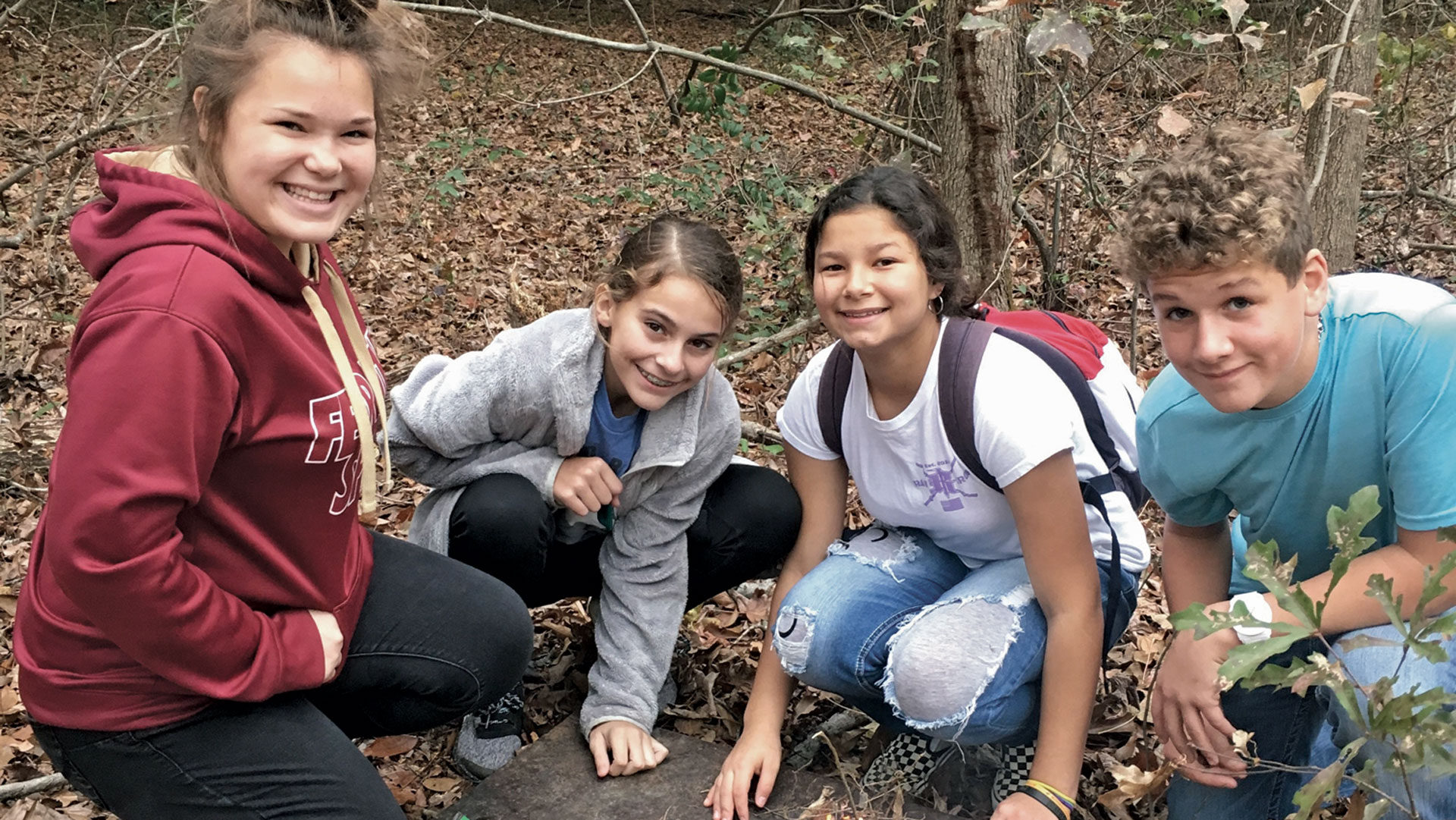 Most participating schools offer Outdoor Adventures in a classroom that provides access to either an outdoor area or a gym. A typical class will start off with a 20-minute classroom lesson—say, learning basic fishing knots—and then will go to the outdoor area or gym and participate in an activity—casting a fishing rod, for example.

“Ninety percent of the participants in the program are from urban areas, and there is a 50/50 split between girls and boys enrolled in the program,” said OTF Director of Education Scot McClure. “As I always like to say, the outdoors has no bias. It doesn’t care about your gender or skin color. Everyone can enjoy it, but someone has to teach you how to do it. That’s where we come in.”

McClure was an Outdoor Adventures instructor himself before taking on his current role with OTF. He likes to tell the story of a high school senior named Andy, who took his class.

“Two weeks into the school year the principal came to me and said, ‘You have to take Andy into your class; he needs a PE credit or he’s not going to graduate,’” McClure remembers. “When Andy walked into class he was dressed like a Goth, and he was cussing me, cussing the school. He was a smart kid, but he did not care about school, and he hated everybody. Turns out he was the child of a single mother who had given up on him. I just said, ‘Andy, I’m glad you’re here.’

“A few days later we started the fishing unit. For the first time Andy showed interest in something; he was tying knots and learning to cast. For the first time he was thrilled to be in school. One Monday morning, he walked into class enthused and excited, saying he wanted to tell me what he did that weekend. I wasn’t sure I wanted to know, but it turns out he had bought himself a rod and reel and had been all over town, fishing in all the local ponds and lakes. He showed me pictures of all the fish he had caught. Of course, he had been trespassing, which I couldn’t condone, but the change in his demeanor was remarkable.” Andy, the kid almost everyone had given up on, ended up going to college, keeps in touch with McClure and remains an avid angler.

“We have many former Outdoor Adventures students who have gone on to become game wardens, biologists, sporting goods store managers, and hunting and fishing guides,” McClure adds.

Of course, the success of the program depends on having good teachers with the knowledge and enthusiasm to bring the outdoors to the students, and OTF provides the resources for teachers to succeed. “All the lessons are completely mapped out; we provide the entire curriculum in electronic format,” said McClure. “The state wildlife agency in each state provides free teacher training for the segments that focus on hunter education, archery and the like.”

McClure says the biggest challenge is finding the resources to help fund the program. OTF charges schools a one-time $1,000 fee for the curriculum, but once the school has purchased it, OTF then gives them $1,000 toward equipment. With this, the school can purchase fishing rods and archery gear. Many schools work with community donors and local conservation groups to purchase additional equipment.

The second biggest challenge, McClure says, is finding the right decision-maker at a particular school who can get the program started. Sometimes it’s a teacher, sometimes an administrator. “We promote the program through physical education teacher conferences, but we really need people who know a decision-maker at a particular school. In quite a few of our districts it started with a parent who was interested and was able to get us in touch with the right person. All we need is an e-mail introduction to the person, and we can take it from there.” 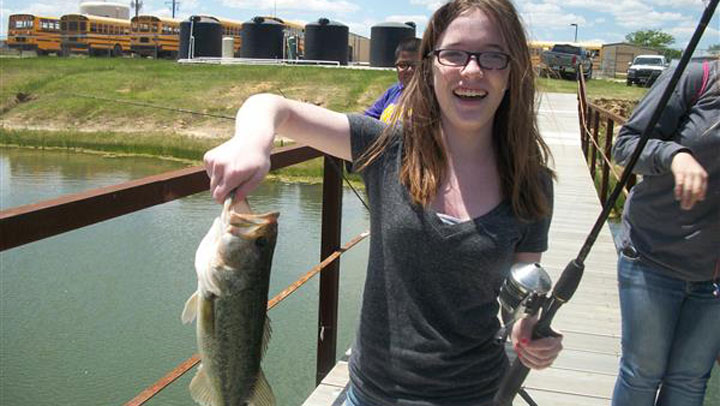 Many schools also create after-school programs as offshoots to the Outdoor Adventures program because of the interest it generates among students. “Our poster child for this program is Allen High School in Texas,” McClure said. “They have four full-time Outdoor Adventures teachers, with 700 students enrolled in the classes. In addition, the school has 125 students on their archery team, 100 on their sporting clays team, and 170 on their bass fishing teams. And 90 percent of those students are not involved in any other sport or activity. The outdoors gave them a place to belong.”

Funding for OTF comes from fundraisers and private donors and an endowment, as well as organizations that include DSC Northeast, Safari Club International Foundation, National Wild Turkey Federation, the Weatherby Foundation, Shikar Safari Club, Midway USA Foundation, Bass Pro/Cabelas Outdoor Fund and many others. “We also look for regional sponsors—people who are interested in funding these programs in their local schools,” said McClure.

In addition, the NRA Hunters’ Leadership Forum has donated copies of its book, “How to Talk about Hunting: Research-Based Communications Strategies,” to OTF instructors. It offers a blueprint for communicating and debating about legal, regulated hunting deliberately and thoughtfully, teaching hunters to be tactical, practical thinkers and communicators.

The Outdoor Adventures program is currently the only place in public schools where the North American Model of Wildlife Conservation is taught. Not only that but every student comes out of the course having completed his or her hunter safety certification, even though most of them didn’t know anything about hunting when they enrolled.

“Almost every conservation group has an education program, and I love these programs, but they tend to preach to the choir,” McClure said. “Our program is an in-depth, year-long course as part of a school’s physical education curriculum. Every student who goes through this program hears the true message of why hunting matters. As one of the students told us the other day, ‘I probably will never hunt, but thanks to this class, I now understand why people do it.’ That’s a future voter. Where else can you capture 100 students from the general public and teach them about wildlife conservation?”

To learn more about this program, and to help get it started in your local school district, go to GoOTF.com.