We often make the mistake of assuming that only recently has the “natural” order of things been upset. We do this, I think, with an unconscious ethnocentricity that assumes that the moment before we arrive in a place, it is in a pristine, undisturbed state, its people living in some age-old, time-honored way, almost in the same way that we regard wildlife as being undisturbed before the intrusion of the modern, gun-wielding man.
—Peter Godwin, author of "Wild at Heart: Man and Beast in Southern Africa"

I was killing time while the other member in our hunting party stalked an impala, standing around with a tracker who spoke little English, kicking rocks with the toe of my boot out of sheer boredom. That’s when I saw it—a triangular chunk of stone, just lying on the ground as if it had been left there the previous day. I picked it up and examined it, running my fingers across the knapped cutting surface that proved its provenance. “Very old,” the tracker said, in what was probably an incredible understatement. Here I was, far closer to the Indian Ocean than to the Gulf of Mexico, hunting on ground where men had hunted for millennia before me. The spear point was tangible proof that I wasn’t the first one to pursue game on the fringes of the Great Karoo, but one of thousands along a continuum that predates history and, hopefully, will continue for many years to come.

Peter Godwin’s excellent quote refers to the arrogance and naiveté of many non-hunters, who project a pre-Columbian utopia across the North American continent, just as they view Southern Africa before the arrival of Europeans more than 350 years ago. The fact is, man has pursued game on both continents for hundreds of thousands of years, if not longer. Those indigenous hunters, killing for both food and sport, were noble creatures in the eyes of some, but we modern hunters who hunt for some of the very same reasons are viewed as the embodiment of evil and cruelty. Why is hunting viewed as an acceptable, even cherished tradition when one set of people does it, while it is unacceptable when done by others? The answer is that it isn’t, that anti-hunters are driven by uninformed emotion rather than fact.

I didn’t grow up hunting, but I was always a hunter.
I didn’t grow up hunting, but I was always a hunter. I was raised in a town known for its excellent sportfishing where young boys were supposed to dream about catching sailfish. I’m all for fishing and enjoy it when I’m on the water, but I will always be a hunter first and foremost. I remember the first time that insatiable desire swirled in me as if it were yesterday. I was in a men’s store with my dad, who spent very little time in such places, and the walls were covered with African shoulder mounts. I drive by the building today and laugh at the size of it, my boyhood brain remembers it being at least twice as large. High on one wall were three jet black Cape buffalo, looking terrifying even in death. I’d never pursued so much as a squirrel, but I knew in that moment that I wanted to hunt them. It took many decades and many hunts to get there but, as I type this, a hard-bossed “dagga boy” buffalo bull hangs on the wall over my shoulder, scary too, even in death. 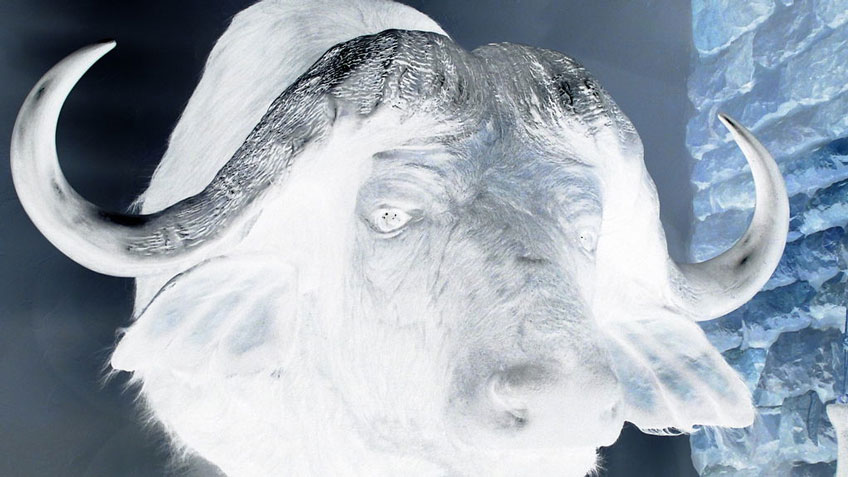 I’m a father now, and my perspective on nearly everything has changed as I view life through that lens. When the fields here in Alabama are freshly plowed, my children and I flock to them, walking row after row in search of arrowheads, shards of pottery and various other artifacts of the hunters who fed from this land before us. I don’t have to wonder whether a father and son hunted this very field together thousands of years before; I have proof of it. The species that sustained the local Creek Tribes and their predecessors are the same that feed my family. The racks and hides that allow me to remember the hunt are no different than the ones that adorned their homes and that they wore on their bodies. I suspect that many of the traditions of their hunts are mirrored in my own—traditions of celebration, respect and the genuine appreciation of the land’s bounty. So is it different that I hunt them by more modern means?  Every generation of hunter, from the first one who chose a properly-sized rock to throw, has innovated its equipment to be as efficient as possible. The tools that I rely upon are designed to minimize an animal’s suffering as it meets the end of its time on this earth.
Hunting allows us to not only walk among history but to become part of it.

Hunting allows us to not only walk among history but to become part of it. My hope is that some hunter in the future, armed with technology that my mind can’t fathom, may walk amongst the oaks, pines and wiregrass, with his own children and one day spot an arrow shaft or the rusting relic of an old tree stand, evidence of the hunters of my era. Maybe he will be a stranger, maybe he will be a son of my daughter, but either way I will know him because he is a hunter. We walk the same path.