If you want to know what the National Rifle Association (NRA) does for hunting, look no further than what has been transpiring over the last year in Pennsylvania over legalizing Sunday hunting. Today, Keystone State Governor Tom Wolf signed Senate Bill 147 into law, allowing for hunting on three Sundays, one during archery season, one at the start of rifle and one to be determined by the Pennsylvania Game Commission (PGC). But this contentious bill was not a battle between Democrats and Republicans, or even between hunters and non-hunters. It was an at-times heated argument in a relationship between two parties that for centuries has been largely symbiotic, that between hunter and farmer. In the end, Pennsylvania State Director of the NRA Institute for Legislative Action (ILA) David Weber was able to mediate a peaceful resolution, the results of which will be felt far beyond working hunters being allowed to double their weekend time in the field.

State Sen. Dan Laughlin (R-Erie) was the primary sponsor of Senate Bill 147 and is the chairman of the Pennsylvania Senate Game and Fisheries Committee. Sen. James Brewster (D-Allegheny and Westmoreland) co-sponsored the bill, which moved out of the senate committee on an 8-to-3 vote. The vote triggered vigorous opposition from the Pennsylvania Farm Bureau (PFB), which sought a limit on the number of Sundays in question, a demand for hunters to seek written permission from landowners prior to hunting and a beefing up of trespassing enforcement and penalties. The day before the bill was scheduled for a vote on the Senate floor, Laughlin amended the bill to accommodate the farmers’ concerns. The bill originally opened 14 Sundays to hunting, 10 in the fall and 4 in the spring; it was now down to three. The amendment also required hunters receive written permission from property owners to hunt on their lands. The amended bill passed the senate floor, 36 to 14. 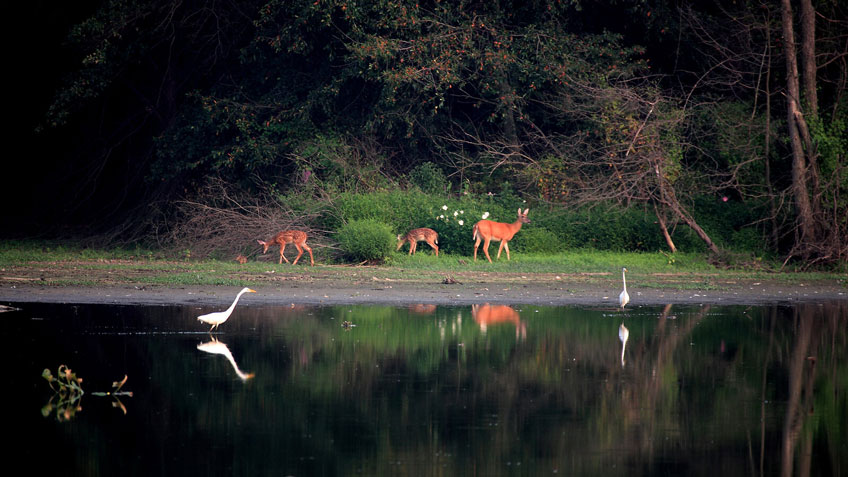 So as the bill moved to the Pennsylvania House of Representatives emotions continued to percolate. Hunters were not pleased with the reduction in the number of Sundays they could hunt, nor did they feel they were the only ones responsible for trespassing infractions. If trespassing happened Monday through Saturday, why was Sunday an issue? Farmers did not want hunting on Sundays, period. It was the one day of the week they could enjoy their own land. They also pointed to the lack of police enforcement and weak punishments for trespassing as being problematic.

Emotions boiled over at a House Game and Fisheries Committee meeting, with the Pennsylvania Federation of Sportsmen and Conservationists (PFSC) turning off some hunting-neutral house members over issues of civility. Cooler heads prevailed. An amended house bill, incorporating farmers’ concerns, was sponsored by Rep. Keith Gillespie (R-Hellam Township), majority chair of the Pennsylvania House Game and Fisheries Committee, and Bill Kortz (D-Allegheny),  minority chairman of the committee. The bill now appointed local police departments to enforce trespassing laws—except in the case of an unarmed hunter attempting to retrieve a hunting dog, thanks to Weber’s negotiating skills—and would go into effect after 90 days and not immediately as had been approved by the senate. The bill moved out of the House committee on Oct. 21 by a 21-to-4 vote. It passed the house floor vote, 144 to 54, late last month. Then the bill returned to the Senate for a concurrence vote on Nov. 18. It passed 38 to 11 and was sent to the governor for his signature.

“Today is a huge win for sportsmen and women in Pennsylvania,” said NRA-ILA Executive Director Jason Ouimet. “For the first time in centuries, hunters will have the freedom to hunt on Sunday—and any other day of the week that works for them and their families. I thank the Pennsylvania House and Senate for passing this historic legislation.” 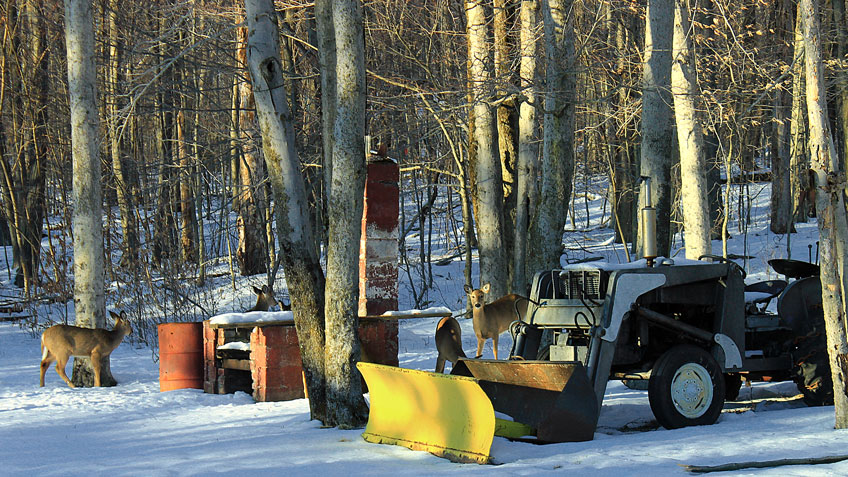 Deer surround a plow on a snowy Pennsylvania day. (Image by Nicholas A. Tonelli.)

As the NRA Hunters’ Leadership Forum (NRAHLF.org) began reporting in 2015, NRA-ILA has worked tirelessly to repeal lingering blue laws that prohibit hunting on Sundays, enacted in the hope of encouraging church attendance. Those who worked so hard to negotiate this bill, often behind the scenes and late into the night, were rightly proud, humbled and grateful when news came in that the governor had signed the bill. “This is a historic event,” said NRA-ILA Director of Hunting Policy Erica Rhoad. “To think that after over 300 years we’re finally throwing off a holdover of British colonial rule—it’s monumental. And there’s nothing to say that you can’t do both, go hunting and go to church, on any given Sunday.”

Although numerous bills were presented and died over the last two decades, NRA-ILA began this eventually-successful effort by talking to sportsmen at the 2015 Great American Outdoor Show in Harrisburg, Pa., and collecting signatures urging lawmakers to repeal the Sunday hunting ban. Currently, 11 states continue to ban or curtail hunting on Sunday and that has a negative economic impact. The National Shooting Sports Foundation (NSSF) estimates that the removal of those Sunday hunting bans would create 27,000 jobs, paying $730 million in wages and adding $2.2 billion to economic activity. 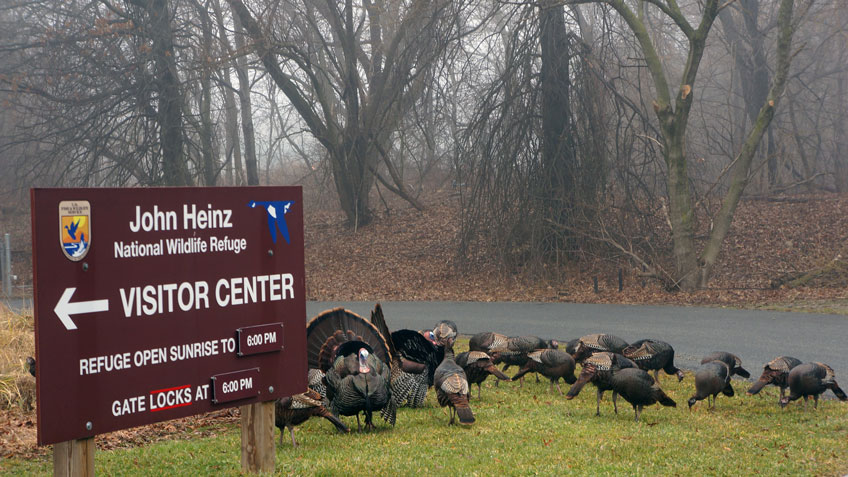 A flock of wild turkeys with a male on display congregates at the entrance to the John Heinz National Wildlife Refuge in Philadelphia, Pa. (Image by Thomas Koger, USFWS.)

A majority of legislators of all political stripes agreed that hunters should be allowed to hunt on Sundays. Pennsylvania, after all, is home to over 20 hunters per square mile, the highest hunter density in the country, according to the Quality Deer Management Association using U.S. Fish and Wildlife Service statistics. And if a Pennsylvanian is not a hunter or knows a hunter, then surely he or she has suffered a deer strike or knows someone who has been involved in a vehicle collision with a deer. Pennsylvania tops the nation in deer-car crashes. Other states have higher per-capita collision rates with deer, but because Pennsylvania has a high deer population and urban sprawl changes migration routes, the chances of hitting a deer are 1 in 70 every time one gets behind a wheel. Just how many deer live in Pennsylvania is not known, but in the 2018-19 season alone hunters took 374,690 deer, the highest harvest in 14 years.

So, if politicians and motorists of all leanings and backgrounds were in favor of giving hunters who may work all week another day to hunt or another day to bring a new hunter afield, then why were farmers so vehemently against it? One of the reasons deer love Pennsylvania is the rich forage to be had around farmlands. Throughout our country’s history, farmers, if they weren’t hunters themselves, enjoyed a mutually beneficial relationship with hunters. Allowing hunting on private farms after the harvest lessened the chances of a deer becoming habituated to feeding on farms and possibly destroying crops. This benefit to the farmer was equally beneficial to the hunter, allowing him or her access to plentiful hunting grounds.

A crucible of societal changes contributed to a breakdown in that once harmonious relationship between farmer and hunter. Extra-curricular activities often taking place on Saturdays, hunters found it increasingly difficult to take their children hunting. As the number of hunters continues to decline and R3 efforts continue to increase to recruit, retain and reactivate hunters, it only makes sense that states do all they can to allow hunters more of what they get so little of: time in the field. Lack of time is one of the No. 1 reason hunters become inactive and new hunters don’t get more involved. 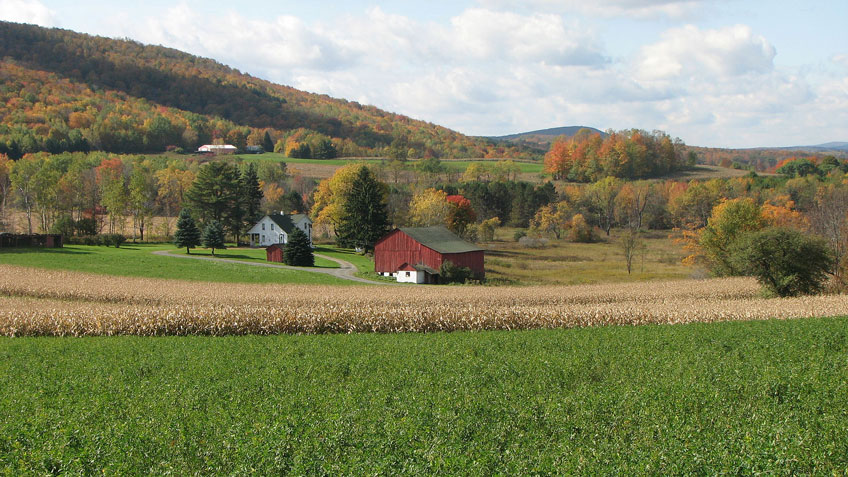 Farmers, too, work six days a week and they didn’t want the one day they had available to themselves consumed with predawn knocks on the door for permission to hunt, if the hunter even sought permission at all. As NRAHLF.org repeatedly stresses, it is every hunter’s responsibility to seek advance permission from landowners prior to hunting and whenever possible to get that permission in writing. Now, in Pennsylvania at least, getting written permission is the law. The hunter must seek permission for any additional hunters in his party, and he or she must obtain permission each season. If the land changes hands, new permissions must be sought. Somewhere along the line these ethical standards were lowered or lost.

Even those who closely follow politics don’t always understand the skill involved in crafting legislation. Weber closely listened to the farmers' concerns and recognized that trespassing enforcement would be the linchpin to opening at least some Sundays to hunting. When hunters became upset over seemingly endless concessions, Weber calmed his compatriots and pressed on to salvage the bill. He took the time to reiterate to non-hunters that hunting seasons were short and hikers had full access to the outdoors all year long thanks to license fees and excise taxes that hunters paid.

When asked how he planned to celebrate this hard-fought victory on behalf of Pennsylvania hunters, Weber said, “I’m going to hunt on Sunday.”