On every lap of Jeff Hammond’s high-speed life—despite bumps and spins—the opportunities just keep coming. Part of the winning NASCAR crew chief’s continued success emanates from his deep sense of gratitude and an understanding that dashed dreams can turn into even grander victories. He is especially appreciative that his involvement with the National Rifle Association (NRA) has allowed him the chance to promote hunting through programs that donate game meat to those in need, similar to the NRA Hunters for the Hungry program. As an NRA Life Member and current NRA board committee member, Hammond said, “I love what we stand for and I support what we believe in.”

Along with his dad and uncle, Hammond took the NRA Hunter Safety Course when he was 14. (An updated version of the NRA Hunter Education Course is available free and online in eight states.) At 16 he received his first double-barrel shotgun, which he used for dove and rabbit hunting, learning from his grandmother how to skin and prepare his harvest. On occasion, often around Thanksgiving, he’d accompany his father on a deer hunt.

Hammond was selected as an All-American while playing cornerback for his high school football team in Charlotte, N.C. But in 1975, while playing for East Carolina University, he suffered a cartilage tear that ended his career. “Football was something I wanted to do,” Hammond said, admitting the disappointment. However, surgical repairs at the time were not as advanced as they are today. Hammond will tell you that he was not a natural-born athlete and that he worked hard to play at the collegiate level. He recognized undergoing a surgery that was not guaranteed would only put him farther behind. “It took the wind out,” he said. But where he was blocked in, he’d soon find the opening of a lifetime.

“Sometimes,” he said, “it’s about being at the right place at the right time.” Not wanting to leave his mother with a tuition bill, Hammond became a volunteer fireman and EMT. He also worked with his father on the dirt-track stock-car racing circuit, getting his adrenalin rush and now looking for full-time work. He would find it in the pits. He had been changing tires for Walter Ballard (recipient of the 1971 Rookie of the Year Award in NASCAR) and in 1976 accepted a job with Junior Johnson and Associates. It wasn’t long before Hammond was promoted to jackman, and he was good at it. He enjoyed three consecutive championship seasons in that role with Cale Yarborough, which was a record at the time.

Hammond's athleticism was ideally suited for work in the pits. He became one of the best jackmen in the industry.

In 1982 Hammond was promoted to crew chief with Junior Johnson and Associates for driver Darrell Waltrip. The pairing would prove to be one of the most winning in NASCAR history. Waltrip immediately won his second consecutive championship, and the two went on to win 43 races during the 1980s including the 1985 Winston Cup championship. Hammond followed Waltrip to Hendrick Motorsports, where they—finally—won the 1989 Daytona 500 after many years of trying. Even in light of the technological improvements in the sport between the 1980s and today, Hammond still ranks as the 12th most winning crew chief in NASCAR history, and he and Waltrip remain good friends.

Hammond documents these years in his memoir, “Real Men Work in the Pits, A Life in NASCAR Racing.” So much was happening in Hammond’s life when he worked on the book that quiet time to reflect was scarce. “There are things I wish I’d included,” he said. His fans can only hope for an updated re-release and maybe an audio version. To this day, Fortune 500 companies as diverse as Disney and Northrop Grumman don’t hesitate to send employees to Hammond’s Performance Instruction & Training (PIT) Crew School for team-building instruction. And, of course, aspiring pit crew members who pass the eight-week course at PIT, hope to be selected for the 5 Off 5 On Race Team Performance program, which can lead to “over-the-wall” experience and possible full-time contracts. Hammond is a natural-born team leader, knowing exactly when to push for more and when to acknowledge each individual’s contribution to the whole. 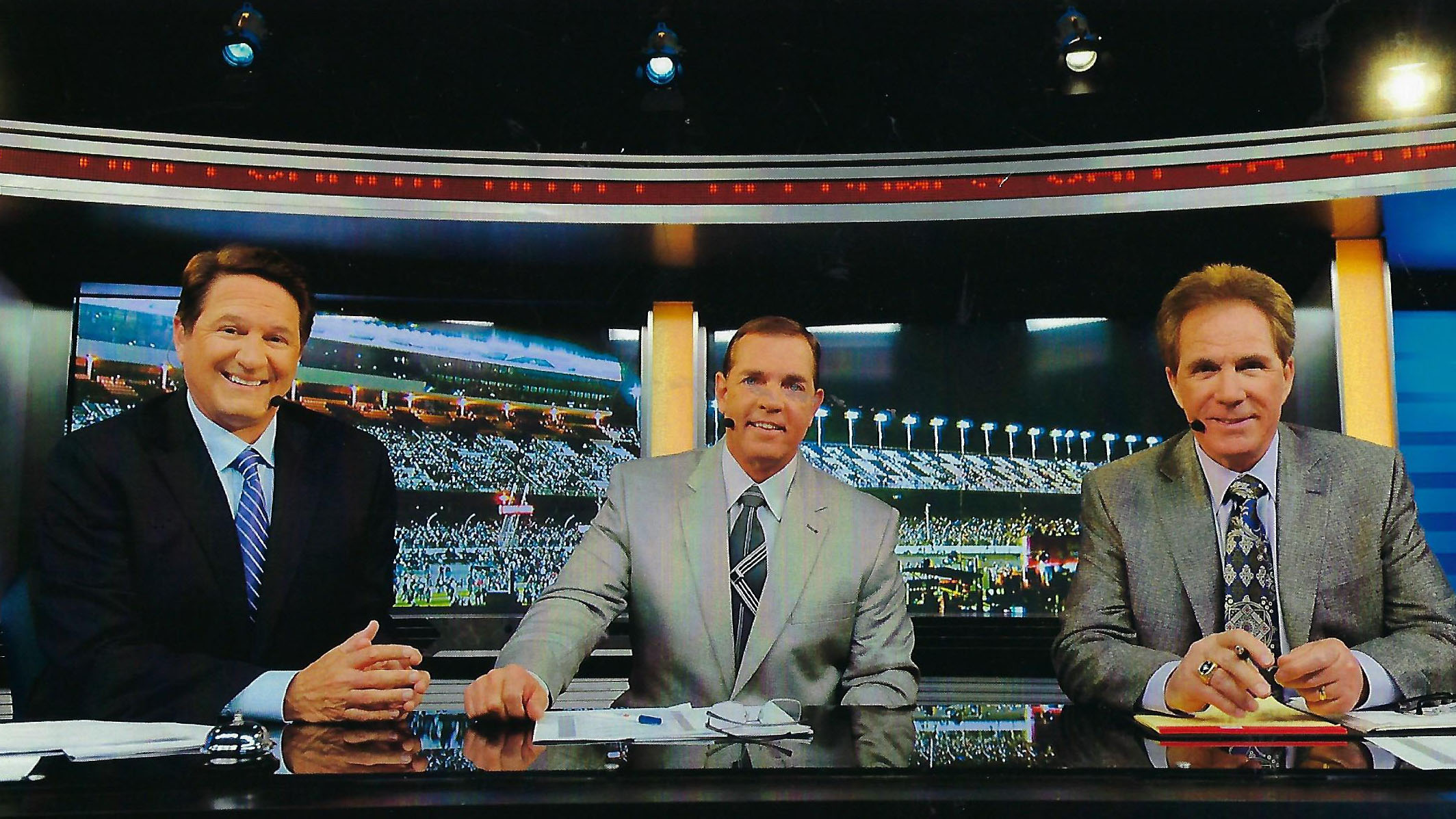 Hammond saw racing go from a gritty regional obsession to a polished national pastime. “What we did with 14 people is now done with 250,” he said. “It used to be man versus machine, and machine versus the man.” Computers have revolutionized the sport. Space-age engineering, data collecting and analyzing, and the use of simulators expanded the body of mechanical knowledge, but didn’t eclipse the guts and passion necessary to get behind the wheel of a racecar or manage a crew in the pit. Hammond’s extensive old-school experience continues to be valued in his work as an analyst on Fox Sports 1’s “NASCAR Gander Outdoor Truck Series.” He continued to work with Waltrip as fellow broadcasters, until recently when Waltrip retired.

Hammond’s seemingly idyllic life is more than timing and hard work with a punch of business acumen. He knows his stuff, is a natural in front of a camera and is a genuinely affable guy who in the frenzied world of racing, walks a steady path. He still lives in North Carolina and decelerates in the calm of his barn and the great outdoors. His love of horses, rodeos and team roping garnered him a spokesman’s position for Justin Boots. And you can see him embracing the challenge of a high-altitude elk hunt, for example, on "Bill Jordan’s Realtree Outdoors.” Nothing makes him happier than packing out meat on horseback. It reminds him of the cowboys and mountain men of yore who displayed a rugged self-sufficiency that made, and still makes, our country great. 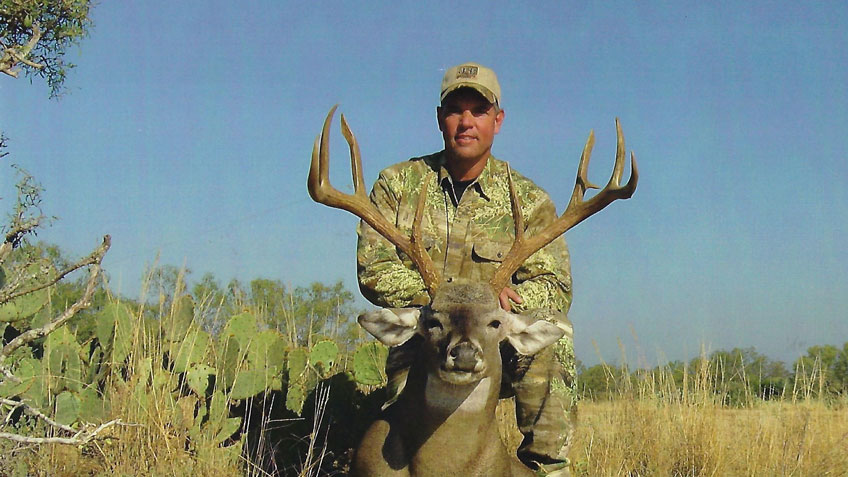 Being outdoors, in the quiet of hunting, balances the endless noise of the race track and studio, and also allows Hammond to encourage hunters to donate excess game meat to charities that feed the hungry.

But it’s in his charitable work where Hammond continues to live a victorious life. He’s taken every opportunity to visit with U.S. military members stationed overseas. One trip took him to Germany, Bosnia, Sicily and Spain, and another—under combat conditions—brought him to Kuwait, Qatar and into Baghdad, Iraq. Flying over Fallujah in a flak jacket and helmet after having signed a release gave him a whole new appreciation for the men and women who serve in the armed forces. He’s been to Afghanistan, Korea and stateside to Fort Campbell in Kentucky and Camp Lejeune in his home state—all just to visit, maybe sign an autograph for a fan, to give of himself.

Hammond sits on the board of the Triumph Over Tragedy Foundation, a biblically-based charity that helps victims of traumatic injury and their families. He is also involved with the Speedway Children’s Charities, which partners with a wide range of local organizations to get children what they need no matter what they’re facing, be it learning disabilities, cancer or a broken home. Through this non-profit Hammond is able to promote and encourage hunters to donate any game meat they’re not using to various organizations. 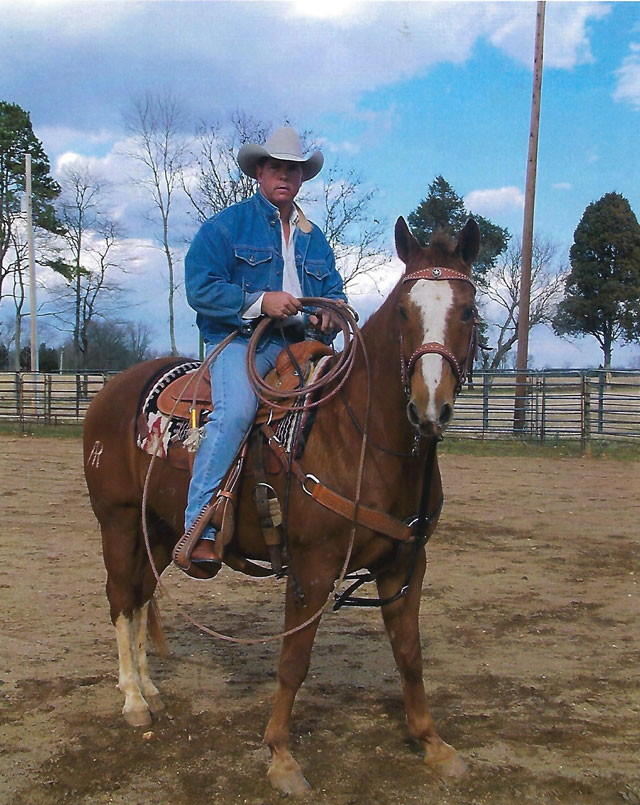 Jeff Hammond downshifts from the speed of the racetrack and the lights of the studio by spending time with literal horsepower.

Racing hall-of-famer and past NRA First Vice President Richard Childress and Hammond are good friends. They raced against each other back in the day, both hail from North Carolina and both immerse themselves in charity work for children, especially surrounding traumatic injury—perhaps from the injuries they’ve witnessed trackside. They both are committed to preserving the freedoms upon which our country was founded. Childress encouraged Hammond to become more involved with the NRA Board of Directors and brought him onto the NRA board’s Hunting and Wildlife Conservation Committee. Together they do all they can to promote hunting and all the good hunters do for wildlife and habitat conservation, as well helping to feed those in need.

Hammond practices what he preaches. On his own 15,000-acre hunting lease in Texas, he implements a Texas Parks and Wildlife-approved plan to manage the deer herd. Hunters harvest approximately 150 deer per year from his property. That meat is processed and distributed to churches, women’s shelters and community groups involved with feeding the hungry. “It’s good for deer management, good for the community and good for hunting,” Hammond said.