What Are Public-Land Advocates?

As I approached the tan-and-white Western icon through the quivering prairie grasses, I admired his exquisite, charcoal-black crown and reflected on everything God had aligned so that I could take the gorgeous pronghorn buck with my bow from behind a decoy. I’d read countless articles about decoying “lopers,” but this was the first time it worked out for me. Best of all, I had the satisfaction of pulling it off on a parcel of public land close to a well-traveled Wyoming highway.

I’m as guilty as anyone of hiking out dozens of times onto public lands each year across multiple states to pursue my hunting lifestyle, giving little thought to why it’s so easy to find places to hunt without paying a cent or knocking on a door. I’m ashamed to admit that I’ve taken it for granted. If everyone does likewise, our public lands easily could be swallowed up by the looming challenges they face.

Fortunately, there are individuals who make advocating for our public lands part of their lifestyles. One such person over the past few years is Sam Soholt of Montana, who spends as much time as possible traveling across the West and promoting why public lands matter. Turning an old bus into a mobile hunting lodge, he and his “Sam Soholt’s Public Land Bus” have become a symbol of the movement to protect and conserve our public lands alongside a variety of sportsmen’s groups. I recently caught up with Soholt and want to share a few points that this public-land advocate discussed during our visit.

The Challenges—and the Rewards
“The biggest challenge that public lands face is making sure that they’re going to be protected for the future," Soholt explained. “There are many people who’d rather not have the federal government manage any types of public lands. They’d rather transfer management to each individual state, which is simply a fast track to sell-off privatization.”

Fortunately, the Trump administration’s Department of Interior supports enhancing opportunities for hunters, recreational shooters and others to access public lands. And according to Soholt, sportsmen and women along with other outdoor recreationists also are mobilizing to prevent the transfer of federally managed lands. 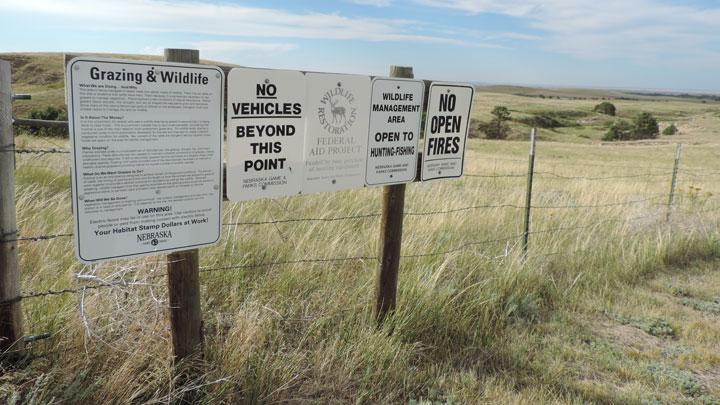 Instead, Soholt informed, “We’ve seen increased access to a lot of areas due to research done by companies like onX Hunt and organizations working together to purchase easements to previously landlocked federal lands. We’re quite fortunate to not have experienced any large sell-offs over the past three or four years, but if you look back at all of the lands that were originally given to each state upon its inception, you’ll find that the majority of those lands were sold off over time, which is why federal management is in the best interest for the future of our public lands.”

The Public-Land Advocate’s Role
The title “public-land advocate” has emerged more recently, but what exactly is it and what does it mean?

“In my eyes, a public-land advocate is someone who educates the general public on how everything works to the point that they become interested in learning more on their own,” Soholt said. “We spew a lot of information and try to pique interest on some of the issues that are happening and things that sportsmen and sportswomen do for conservation and public lands. The goal is to give them a few crumbs and let them explore the rest on their own.”

Soholt personally believes that to be the best approach rather than trying to force people into learning about it or joining organizations. He partners with multiple organizations to conduct his advocacy duties and to raise funds to support conservation projects that improve public access, especially to landlocked federal lands.

“I’ve found ways to work with them, but also to raise funds. Bottom line: There isn’t one single organization or individual that will get everything done, but by working together, we can substantially increase our impact. Many organizations work on specific areas of hunting, management and conservation so when we pull our skills and resources together, we can’t help but make a big difference.”

The Need for More Public-Land Advocates
Soholt notes there certainly are other individuals who are working to preserve our public lands for future generations such as Randy Newberg, hunting TV host and advocate for public lands and self-guided hunting on those lands. He has spent decades chasing wild game species across public lands. Of course, the more people striving for the same goal, the better.

“A lot of what I do feels like talking to a wall, but my efforts eventually produce messages from people who previously had no idea what challenges public lands face, thanking me for speaking up about it,” Soholt explained. “I’m thrilled to be fighting to keep public lands public and protected for future generations.”

“Above and beyond that, calling elected officials in office and letting them know that you’re pro-public lands and pro-conservation is vital,” he said. As the NRA has always done on Second Amendment and hunting issues, Soholt concluded, “Let them know you expect them to vote for bills that will further those causes. It’s free, it’s something virtually anyone can do and it goes a long way. For every phone call a representative gets, they know there are probably a thousand more folks out there thinking the same thing.” 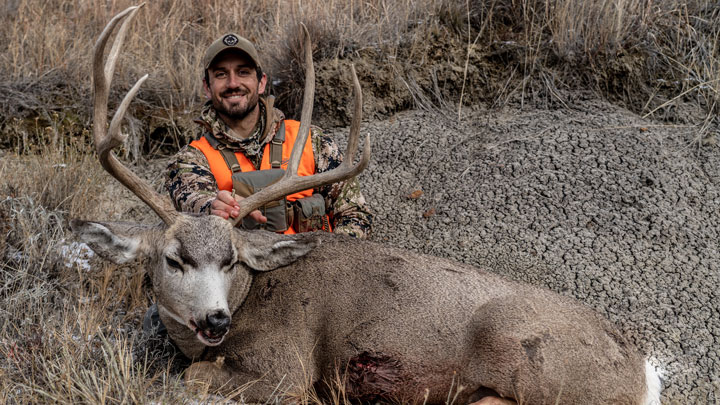 To show your support of wildlife conservation and our great public lands, visit  https://fishandwildlife.org.

Editor’s Note: In keeping its promises to America’s sportsmen and women, the Trump administration has made providing access to public lands for hunting, fishing and other outdoor recreation a priority since day one. On Aug. 18, U.S. Secretary of Interior David Bernhardt announced the historic opening and expansion of 850-plus hunting and fishing opportunities across more than 2.3 million acres at 147 national wildlife refuges and national fish hatcheries. This marks the single largest expansion of hunting and fishing opportunities by the Department of Interior’s U.S. Fish and Wildlife Service (USFWS) in history. This brings the Trump administration’s total expansion to an unprecedented 4-million-plus acres nationwide.—Karen Mehall Phillips, Director of Communications, NRA Hunters’ Leadership Forum

About the Author
Darron McDougal is a full-time freelance outdoor writer and editor who lives in Antigo, Wisc., with his wife, Becca. He has hunted in 12 states and successfully taken elk, bear, hogs, turkeys, pronghorn, whitetail deer and mule deer, most with archery equipment on DIY hunts. The McDougals enjoy all things hunting and shooting. They believe in God and love to travel.